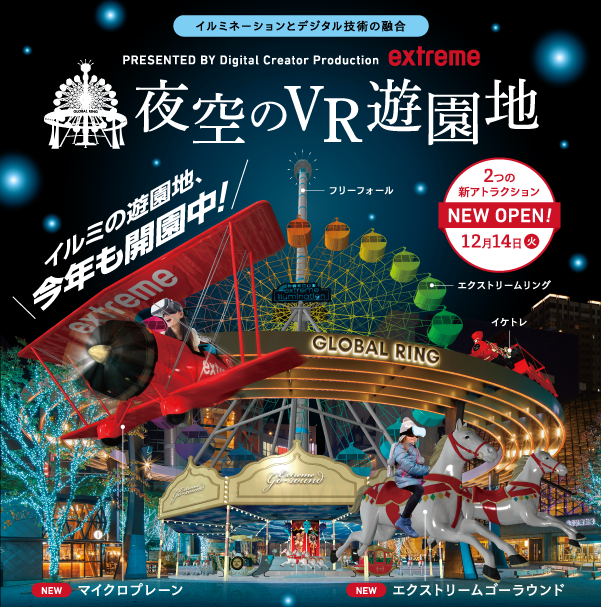 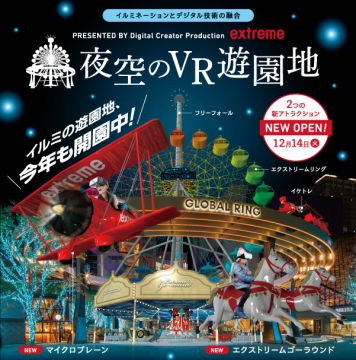 ■ "VR amusement park in the night sky" where you can enjoy illuminations and VR attractions at home slowly during the winter vacation
Last year, we planned "VR Amusement Park in the Night Sky" with the hope that we would like to bring a brighter topic to everyone under the circumstances of the corona disaster. You can enjoy it from your PC, smartphone, or tablet, but if you use VR goggles, you can enjoy more realistic content.
* If your child experiences it, please be careful not to watch it for a long time under the supervision of parents.

A homage to the merry-go-round of a certain amusement park that was closed last year. A healing attraction that you can relax and enjoy while watching the illuminations.

A thrilling attraction where you can board a small plane and fly around Ikebukuro Nishiguchi Park and the Tokyo Metropolitan Theater.

You can also enjoy the three existing attractions here.

"Extreme ring"
Enjoy the fantastic view of the night view of Ikebukuro and the illuminations from the special seats at the top from a great location.

"Iketre"
You can enjoy colorful and beautiful illuminations from the window of the locomotive "Iketore" that runs around the GLOBAL RING in Ikebukuro Nishiguchi Park.

"Freefall"
A steep descent from 150m above the sky! Experience the thrilling feeling of VR freefall! 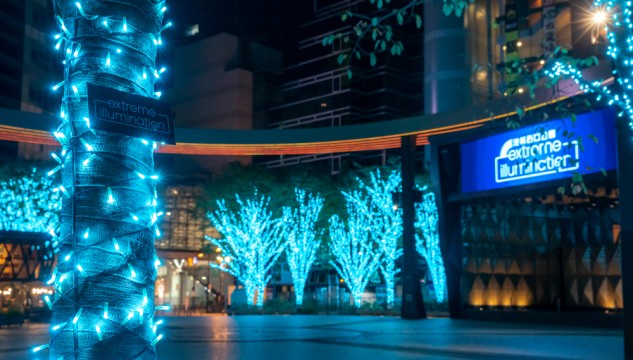 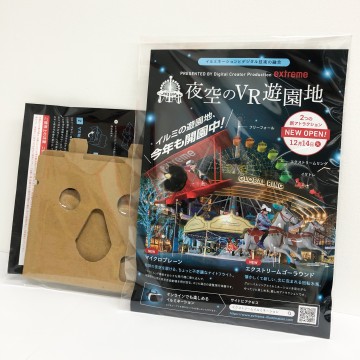 In addition, from December 14th (Tuesday), in addition to the "GLOBAL RING CAFÈ" located next to Ikebukuro Nishiguchi Park, a limited number of "simple VR goggles" will be distributed free of charge at the Tokyo Metropolitan Theater. You can take it home freely, so please drop in at this opportunity.

■ Overview of Extreme Co., Ltd.
Company name: Extreme EXTREME CO., LTD.
Location: 1-11-1 Nishiikebukuro, Toshima-ku, Tokyo Metropolitan Plaza 21F
Representative: Shohei Sato, President and CEO
Established: May 6, 2005
Securities code: 6033
Capital: 417 million yen
URL: https://www.e-xtreme.co.jp/
Business overview: As a "digital creator production" with more than 500 talented creators and engineers, we are developing a digital human resources business and a contract development business for the software industry such as games, IT, and the web. Employees (= talents) participate in various projects inside and outside the company, and clients range from game publishers for smartphones and homes to web service providers for BtoC, finance, government agencies, and telecommunications, and are still expanding. Expanding the content property business utilizing the company's IP all over the world. In addition, we will engage in CSR activities such as special sponsorship of the illumination event "Ikebukuro Nishiguchi Park extreme Illuminations" in Ikebukuro, the place of establishment, and the holding of a workshop for children "Ikebukuro Digital Terakoya". 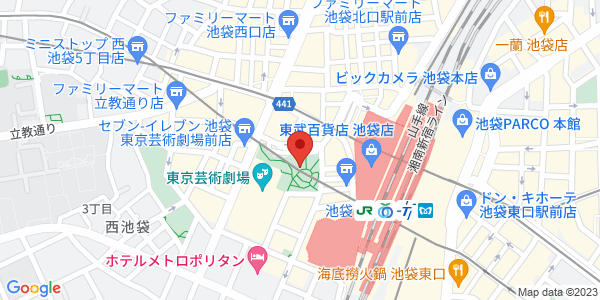