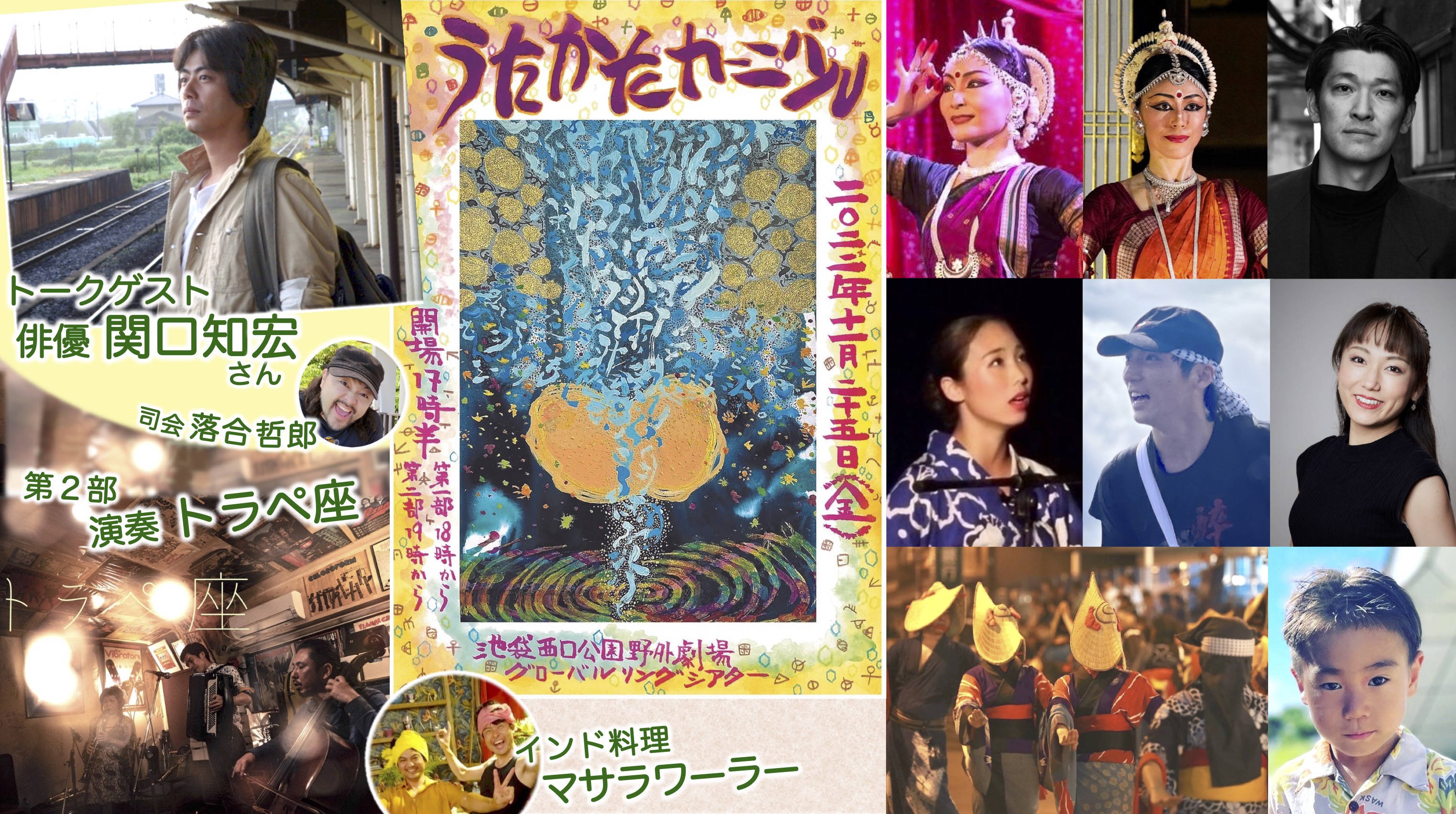 Tickets on sale at Confetti from 19:00 on October 24th (Monday)
http://confetti-web.com/utakata-carnival 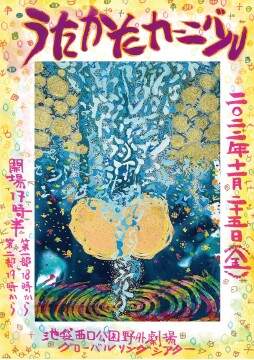 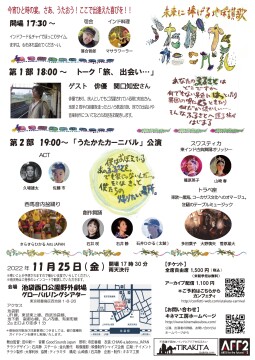 where is your hometown

I say "ha" to the casual scenery
When I hear a song from a foreign country
Something nostalgic…
The journey to return to such a hometown begins
​
Tonight's banquet.
Let's sing!
The joy of meeting here! !

Tomohiro Sekiguchi is an actor, artist, and traveler.
We will hear stories about the train journey that ran two and a half times around the earth, the encounters on the trip, and the music production.
​(In the second performance, Mr. Sekiguchi will perform a creative dance to "Zero," which was composed during his trip to China.)

[Part 2] 19:00
"Utakata Carnival" Performance
A traveler who is guided by something and is looking for a "hometown" that may or may not exist.
One day, I remember a terrifying sight that I had forgotten…
Washing away the traveler's memories, a journey of new memories
That's surely the place we want to return to

The performance of "Kinema Kobo" this time is an East Indian classical dance by Swastika. The music is an homage to Eastern European, Black Sea and Caucasian cultures. Trapeza performs live table music of frenzy. Emi Ishii Shizuka Ishii Hikaru Ishii's creative dance. Nishimonai Bon Odori, one of Japan's three major bon dances, woven by Glitter and Shine ArtsJapan. Yuta Kuba plays a traveler who is looking for his "hometown", and Sato City is the main point of the work. An outdoor performance that combines theater. Tetsuro Ochiai is the moderator. Inside the venue, Indian cuisine is served by Masala Waller. 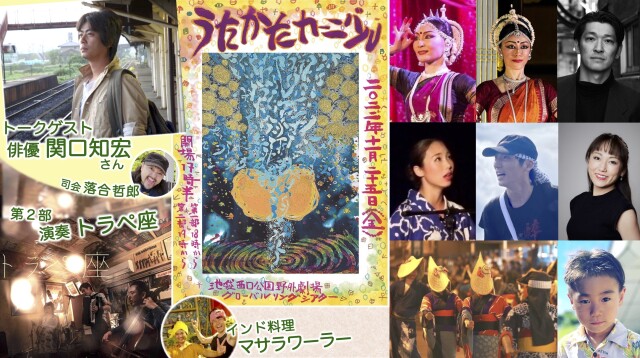 Kinema Kobo was established in 1995 as an actor training school and production company by Akimaro Kashima (former director of Toei) and Harumi Kashima (former assistant director of Nikkatsu and V planning director). In 2021, it will be reorganized as a group that plans and produces performances and events.
We provide a place where people involved in culture and art can be active and carry out activities for the purpose of developing culture and art. 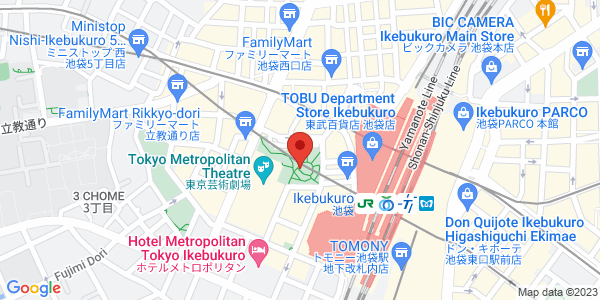 <Related articles in the past>
The stage will be held at Ikebukuro GLOBALRING Music Festival, “a town where anyone can be the leading role”!

The Tokyo Theater Ensemble, which has performed over 1,800 performances of Kenji Miyazawa's famous work since its world premiere in 1982, has decided to hold its first outdoor performance! "Night on the Galactic Railroad" opens from 8/26 Tickets on sale at Confetti!