A large animation event "Anime Japan" held from 2014.
Many domestic and international representatives related to animation are exhibited, all anime works such as anime work exhibition / goods sale, stage and event all gather together, it is just an anime hall of fame.

Details of the program of this event to be held at Tokyo Big Sight from Thursday, March 22nd to Sunday 25th (Sun), and latest information on the organizer's plan will be announced "AnimeJapan Presentation" will be released on January 26 (Fri) at the animateit Ikebukuro main store 9F · animateito hall! 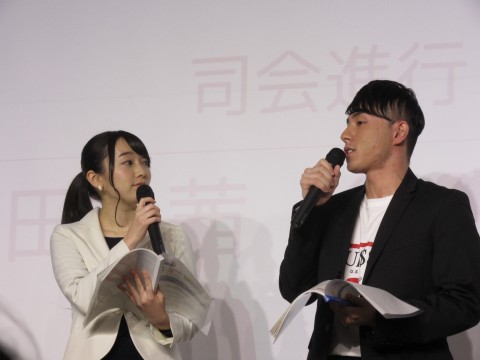 Mr. Suzuki and Akane Fujita who served as character voices of the 5th anniversary character "AJ brothers" served as MC of this event. I was excited about the venue with breath-taking interaction. The two of us say that there is also "work" on the day of the event … ♪ I'm also looking forward to it 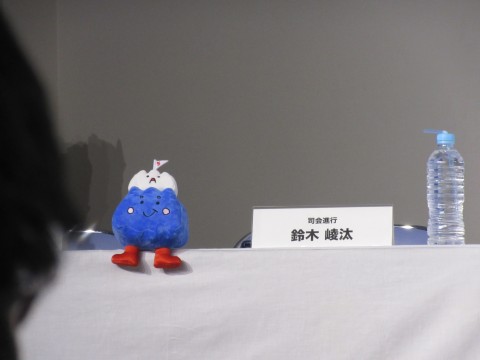 AJ brothers quietly sitting in the corner of the hall. A on the top and J on the bottom.

AnimeJapan executive committee composed of all 22 companies and 1 group animation related corporation. In this presentation, from among them, Kota Kitamura Co., Ltd. which is a comprehensive producer, Tetsuhei Nojima of Pony Canyon Co., Ltd., Mr. Haruna Hayakawa of Sunrise Co., Ltd. who is in charge of the creation category, King record company of business category in charge of business category Takuya Masuda, Mr. Takuya Mizutani of Nippon Animation Co., Ltd., responsible for Family Anime Festa Category. Introduction and detailed explanation of each category was done. 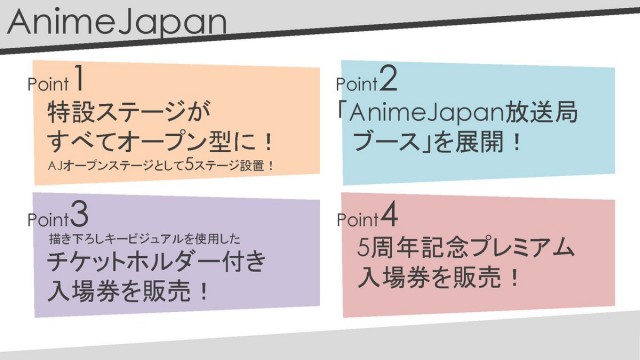 The biggest point of "Anime Japan 2018" this time is "5th anniversary" !
With a sincere gratitude, various 5th anniversary projects will be held.

"This time it's 5th anniversary, trying to do a variety of things related to" 5. "I'm just doing a plan to do a little adventurous."

It was Ms. Nojima of Pony Canyon who told us. And, one of the projects that will become the centerpiece of this is "5th anniversary commemoration premium admission ticket" . 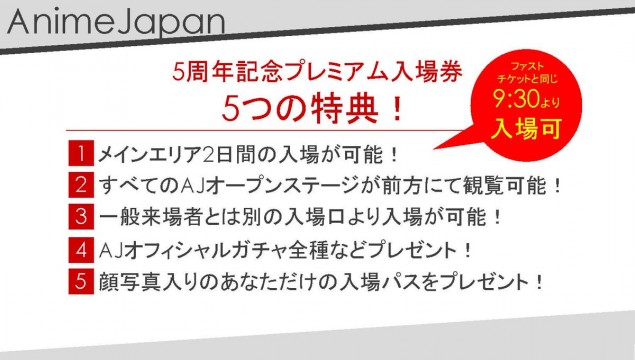 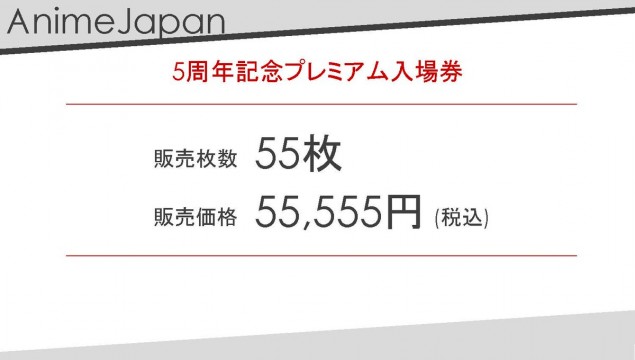 It is a premium pass with 5 benefits, including all AJ open stages available for viewing in the front, gifts of special passes with face pictures. It is just VIP treatment. The price is also 55555 yen which is permitted because it's 5th anniversary (haha). Why do not you purchase and make "Anime Japan 2018" special memories of only you? 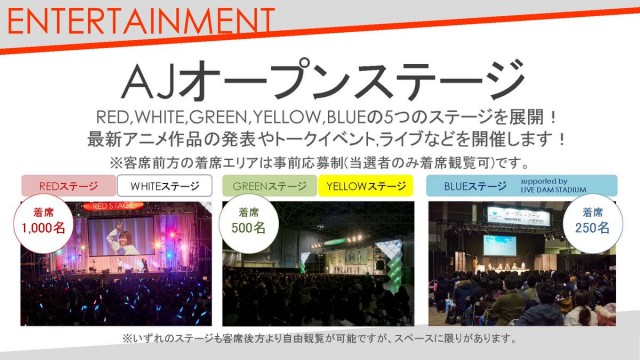 And there was an introduction about entertainment categories where expectation is raised from Mr. Nojima of Pony Canyon. All the stages that we were doing closed in the last fiscal year were all open stage and developed five stages of RED, WHITE, GREEN, YERROW, BLUE. Although it will be a pre-entry system, if you win, you can view the stage of great force in front of you!

From here Mr. Fujita and Mr. Suzuki announced the program of each schedule, but each time the audience seats of the presentation gave a roar and a cheer, I felt the high expectation. (Program contents will be described later) 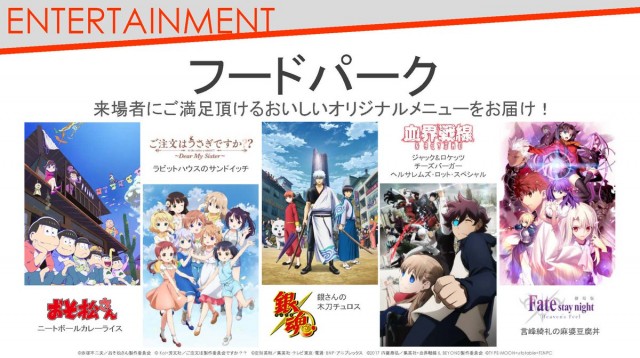 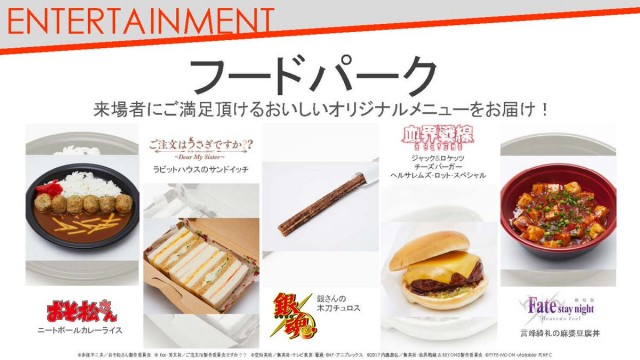 Next, the project introduced was "Food park" . Continuing from last year, "Animation Japan's unique menu will appear," I'm glad to see you, eat it tasty! "

Mr. Fujita who tasted "Rapid House's Sandwich" at the venue has a full smile.
Every product seems to be made to have a satisfactory eating response even though it is a small size, so it's perfect for filling your stomach quickly in an empty time. 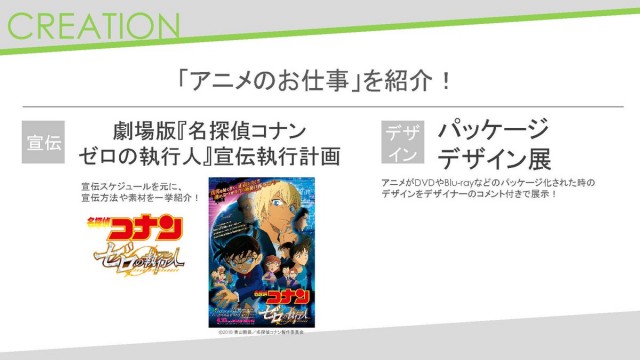 From Haruna Hayakawa of Sunrise Corp., there was an introduction about the creation category that is getting attention year after year as a corner where "Animation making side" was featured.

" Production Works Gallery" introducing the front lines of CG animation production based on "Mobile Suit Gundam ORIGIN" and "GODZILLA Monster Planet", and "Anime Work" introducing a variety of work related to animation , theatrical version " It is also worth noting that the advertising execution plan and the package design exhibition of "Detective Conan Zero Zero Enforcer" are performed. 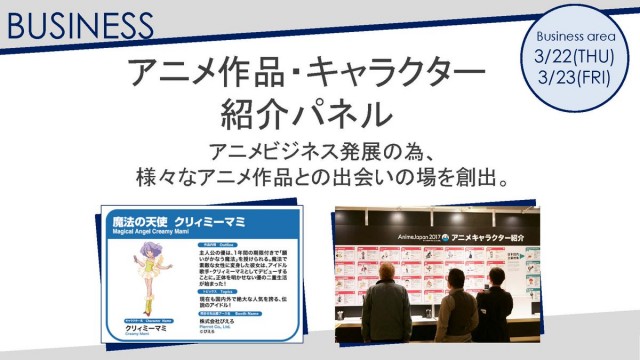 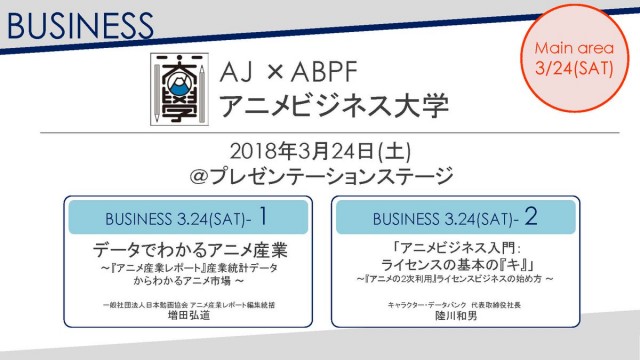 Miyada Tada of King Records Co., Ltd. introduced me about the business category. The business area which the number of visitors exceeds 4000 and the year is expanding continues to be held on weekdays for 2 consecutive days.

We are looking for anime works and characters from exhibitors and exhibiting panels in the business area on the day of the exhibition. We promote new encounters between works and business planning. Also, on the 24th (Sat) on public day, we opened "AJ × ABPF Animation Business University" which was popular last time. For people who have never been engaged in animation business, I will lecture in an easy-to-understand way the basic business of anime business and how to get started.

* Pre-registration is required for visitors to the business area. 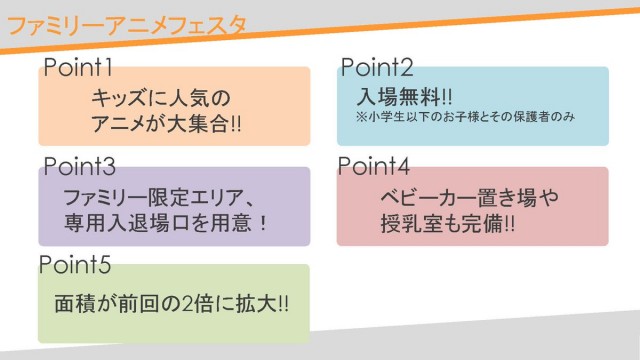 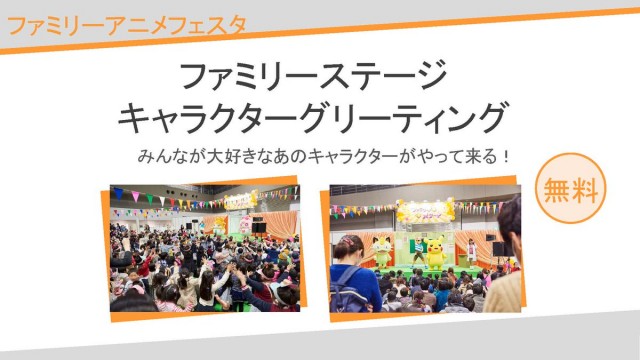 Takuya Mizutani of Japan Animation Co., Ltd. introduced the Family Anime Festa category. Children and children under the elementary school age and their parents are free areas to enter, and doubled the area compared to last year in response to popularity. It will be held with more fulfilling content.

"Character greeding" which carries out a fun character show, and "Play corner" which everyone can play with favorite animation are lots of charm. Both of them are free to participate, so it is also friendly to your mother's wallet ♪ 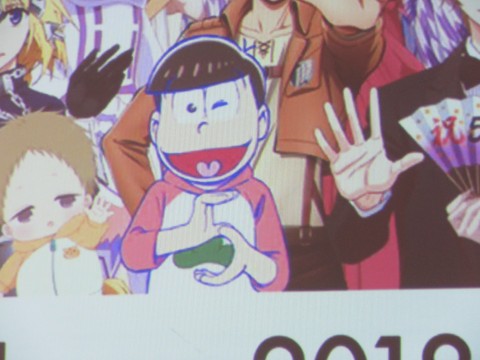 Kitamura, a comprehensive producer at the end of the presentation, said, "For the 5th anniversary, we plan to have plenty more than usual and we are waiting for everything. Even though the executive committee will do our best "
"There was a greeting and Nojima says," Although the AJ presentation was held one month later than usual, I think that I was able to deliver good information to everyone, such as the contents of the stage and collaboration, thanks to I was wondering if you thought that you were talking, I got a good response from everyone (lol). Since I have some information after next week, I hope you follow the official website and LINE. "
I talked about expectation.

"Anime Japan 2018" which cuts off two months until holding .
By holding the 5th anniversary commemoration, there is no doubt that it will show the greatest excitement in the past.
Why do not you check out stage programs and performers right now and fully enjoy the anime world view?

※ Please understand that the above performers and stage contents are subject to change.