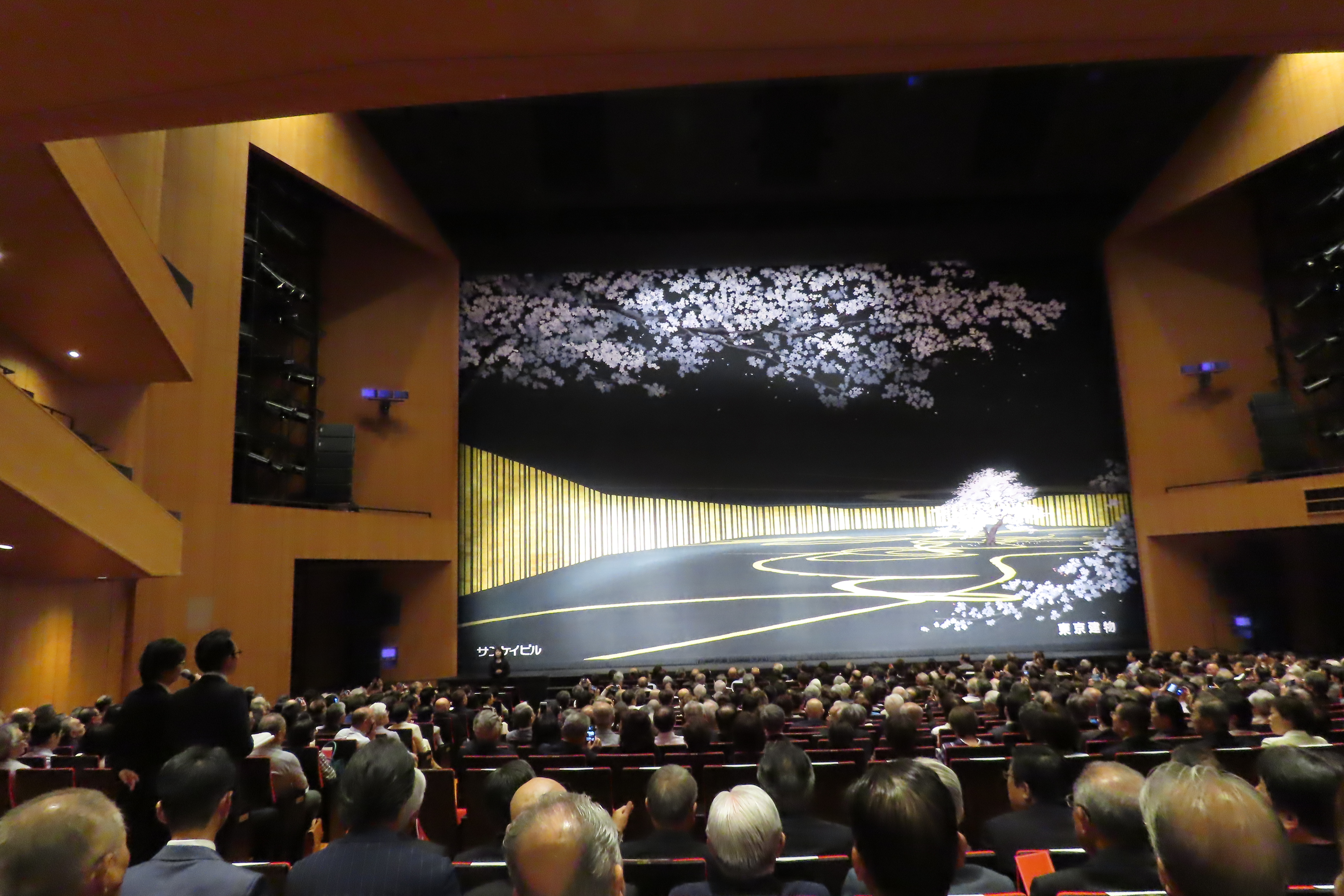 Ikebukuro boasts great popularity from overseas as a sacred place for anime and cosplay. The stage, Toshima Ward, is now at the time of major remodeling starting from Ikebukuro. From November to July 2020, 22 projects commemorating the holding of the national project “East Asian Cultural City 2019 Toshima” such as Ikebukuro West Entrance Park where you can enjoy an outdoor orchestra in Tokyo, and IKEBUS to tour 4 parks One of them is the redevelopment area Hareza Ikebukuro with eight theaters. On May 24 (Fri), the completion preview of the Toshima Ward New Hall “Toshima Ward Arts and Culture Theater” (naming rights name: Tokyo Building Brillia HALL) , which is scheduled to open in November 2019, will be held I will tell you about that. 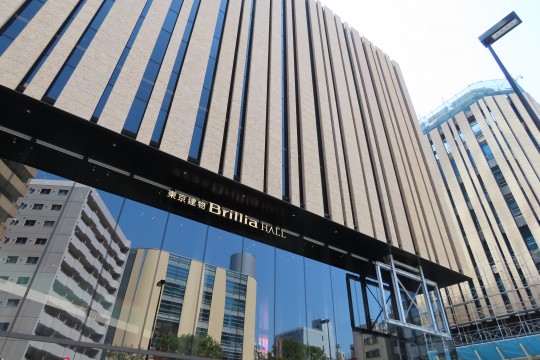 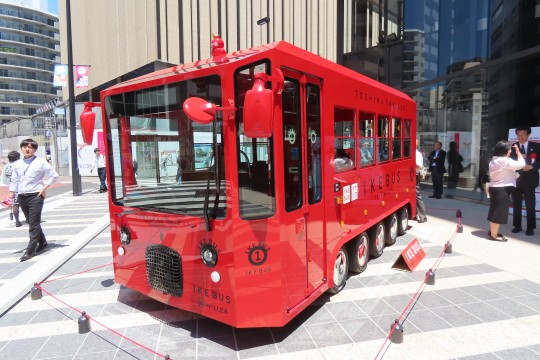 At the front entrance, there is an electric bus “IKEBUS” designed by Mr. Eiji Mitooka 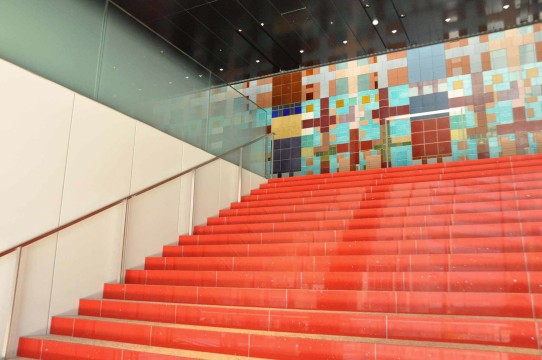 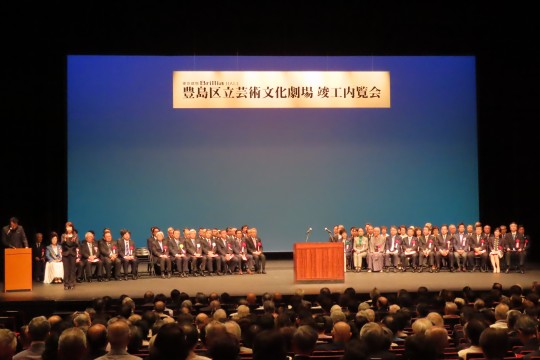 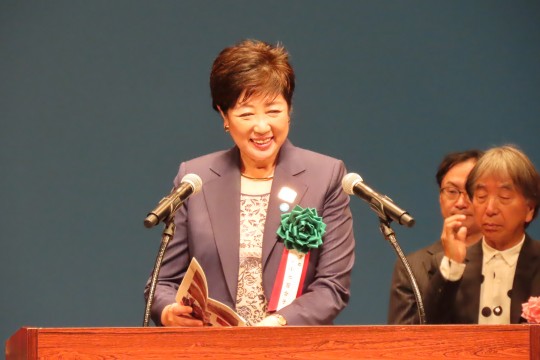 A variety of cultural, politician and executive directors have appeared in the guest greetings. This is Governor of Tokyo, Yuriko Koike

The figure of the human national treasure Mr. Nomura Minoru (noh master) reaching the age of 89

The Toshima Ward Art and Culture Theater, built on the site of the former Toshima Public Hall, has a 32-storey office building and cinema complex built next to it, and the district leases land to the Tokyo Building and Sankei Building, and the two companies are developing it. Yes. The theater, which is expected to be a symbol of the international art culture city that was born in Toshima ward, has a variety of performances such as Kabuki, Takarazuka Opera Star Performances, and ballet during the “Kokera Drop Period” from autumn 2019 to the following September. Line up. Furthermore, a future-style live theater and satellite studio will be born simultaneously using the latest technology.

What is the attraction of Hareza Ikebukuro?

At the completion ceremony, Mr. Noriko Kita, Principal Architect, Kajima Corporation, who designed the entire hareza Ikebukuro, explained the design concept. The first point is to create a sense of unity . The planned site spans three buildings and Naka-Ikebukuro park in front of you, that is, four sites, but how are these three buildings and parks put together into one and constitute a strong sense of unity? Kita says that was the most important thing. 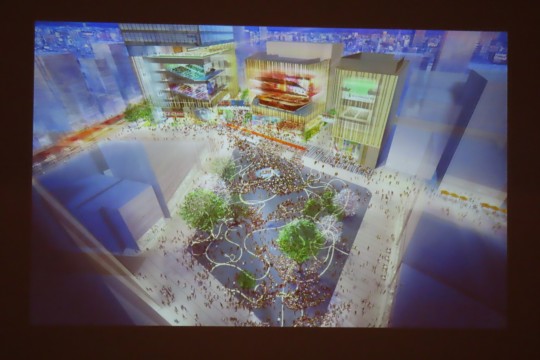 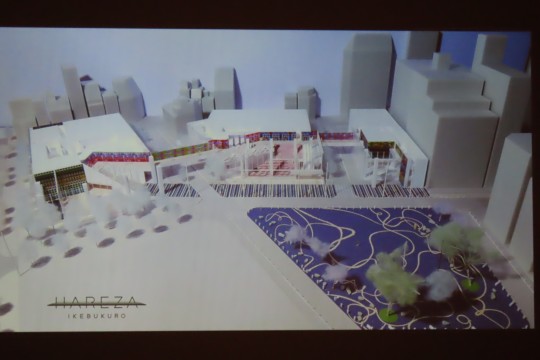 What makes it possible is the façade design of stone split, which is a rhythmic pattern common to the three buildings. It is said that this stone is from Brazil, where the Rio Olympics were held. The idea of the façade that ties these three buildings uniformly is thought to have been conceived and inspired by “Beautiful Forest” (a beech and other forests spread in Tokamachi City, Niigata Prefecture). 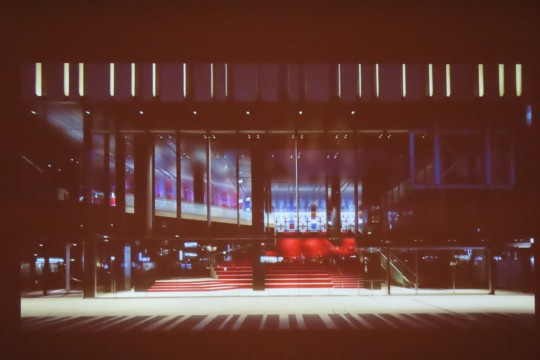 The second point is the production of a sense of exhilaration. How do you create a space so that people who gather in eight theaters feel exhilarating, and show overwhelming crowds? Therefore, indoor and outdoor are connected seamlessly by the space under the three consecutive eaves, the red large stair in the center, and the three-dimensionally structured first and second floors, etc. “see” and “see” It is structured so that you can always be aware of it. 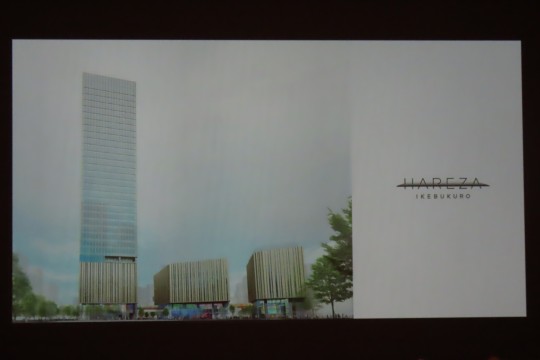 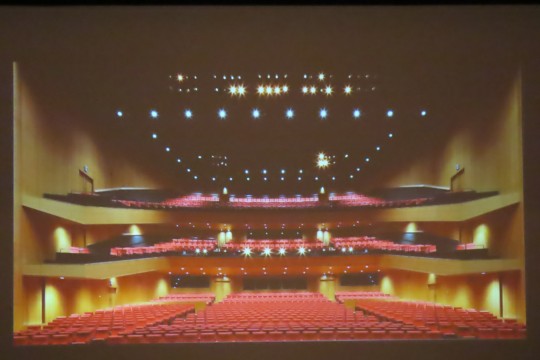 And finally, foster high quality and elegance. As an international art and culture city, and as a new landmark in Ikebukuro, we will produce elegant expressions in collaboration with citizens. The colorful dance is designed to keep the excitement of the people who have visited the theater a little. Mr. Kita often used the expression "wrapping in the whole city" and seemed to think about the influence that this area of Hareza Ikebukuro has on the whole city. 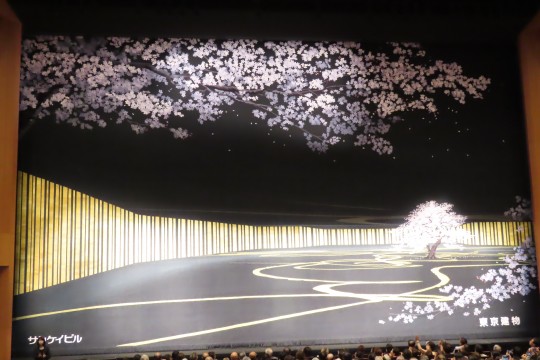 At the end of the completion preview, there was also a presentation of a copybook designed by Mr. Kita. With the announcement of free announcer Mr. Akira Fukuzawa, Mr. Kita, and many spectators who were the chairpersons of this day, the book will be slowly taken down. The cherry blossoms at the top of the notebook are Somei Yoshino. In fact, the birthplace of Somei Yoshino is Toshima Ward, which seems to be a symbol of Ikebukuro. The design pattern in the center follows the appearance of Hareza Ikebukuro, and the human figure is not drawn because it is thought that I want the coming audience to be added to this picture. That's right. 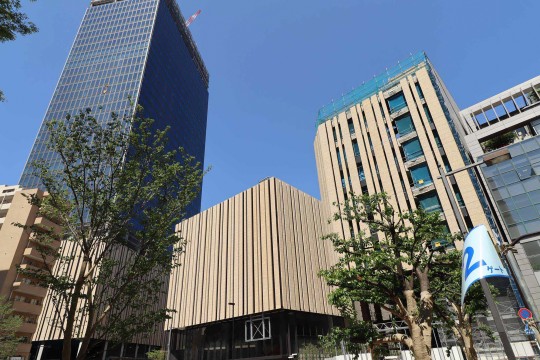 Hareza Ikebukuro, the symbol of the city, "everyone can be a leading role." Starting with the opening of November 2019, a variety of works full of dreams and emotions will be presented one after another. Please visit the Toshima Ward Arts and Culture Theater to see the appearance of "New Ikebukuro" at the end of the work.