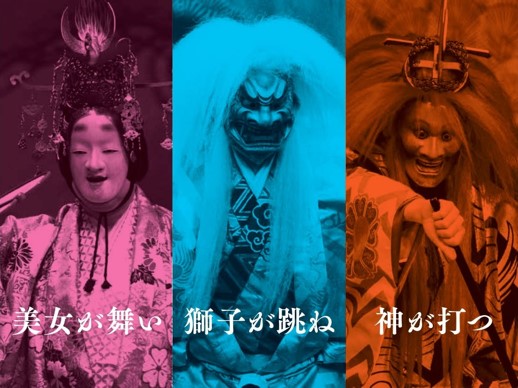 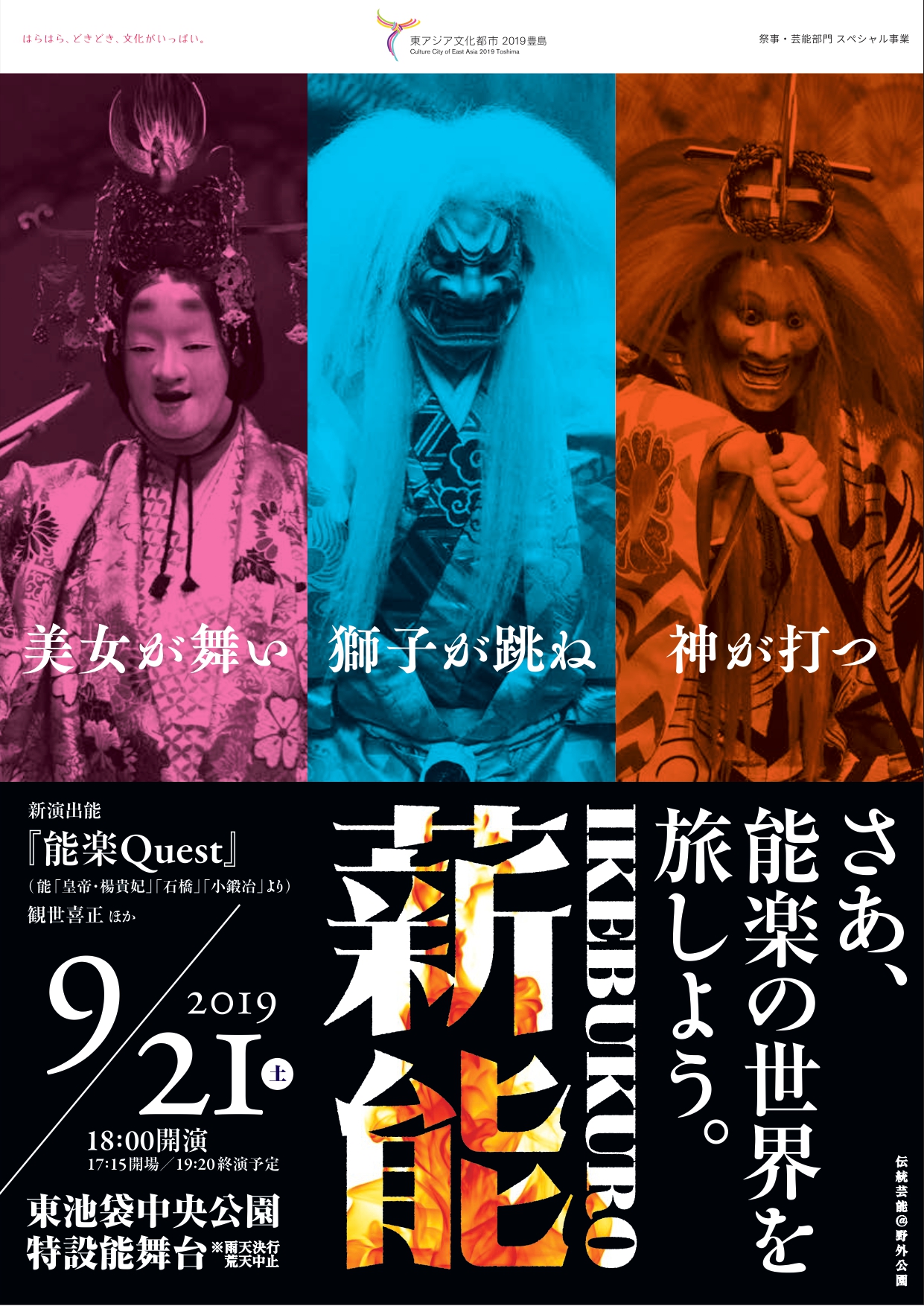 As a host city of East Asia cultural city in 2019, Toshima Ward conducts various cultural projects throughout the city. From 18:00 on September 21 (Saturday), we will hold a festival / entertainment department special business in the Higashi Ikebukuro Chuo Park. Performs a new directing Noh "Quest Noku" which has been tailored to the attractions in a variety of omnibus manners by Kansei Ryukaku Kokura and Kisei Kansei. If you feel that traditional arts are "high hurdle" or "I want to see it but it's difficult, …", it is a content that you would like to see. In addition, we introduced the “No-Sap” system where you can see the commentary of the performance in line with the performance. Anyone can use it with your smartphone and tablet. In addition to Japanese, English, Chinese and Korean are also supported, and it is a performance where you can enjoy Noh music to foreigners as well as Noh music fans.

“East Asian cultural city” With the agreement of the Japan, China, and Korea Ministerial Meetings, we select a city that aims to be developed by cultural arts in Japan, China, and Korea, and in that city, we will select contemporary cities And traditional cultures, and various cultural and artistic events related to a variety of life cultures. In this way, we aim to promote the formation of mutual understanding and solidarity within East Asia, and to strengthen the ability to disseminate the diverse cultures of East Asia.