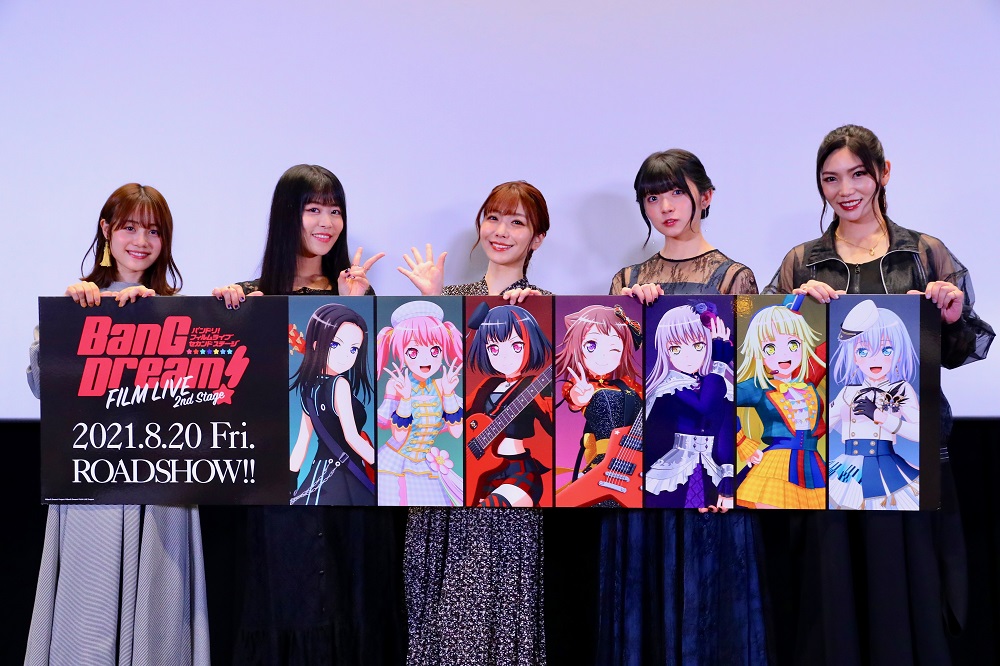 Next-generation girls band project "BanG Dream!" That links characters and live performances
The pre-screening of the movie version "Bang Dream! FILM LIVE 2nd Stage " scheduled to be released on August 20th was held at Grand Cinema Sunshine Ikebukuro, and stage greetings were given by five voice actors and the production team. I did. 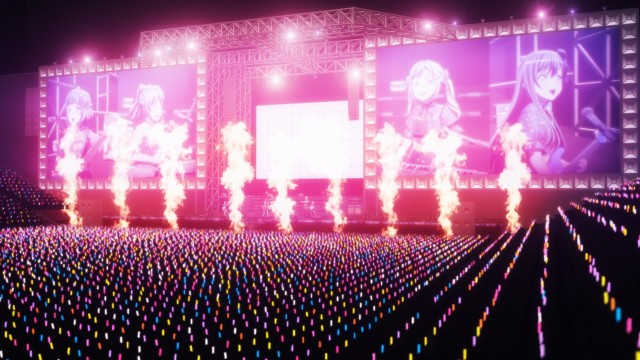 "BanG Dream!" Is a full-scale girls band project in which the musician Noriyasu Agematsu and others produce music, and the voice actors themselves perform and perform. Expectations are rising for the smartphone game "Bandri! Girls Band Party!", With the number of domestic users surpassing 14 million in April 2021, the fifth year since its launch.

"BanG Dream! FILM LIVE" allows you to experience the powerful live performances of the girls as a real band in the theater. In "2nd Stage", which is a sequel to the first work "BanG Dream! FILM LIVE" released in theaters in September 2019, two new bands have been added from the previous work, and seven unique bands will be used. A gorgeous co-star will be realized. 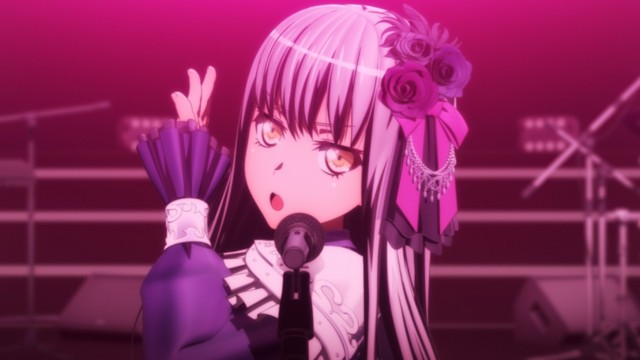 Following the movie version "BanG Dream! Episode of Roselia II: Song I am." Currently being released, the author will be the second "Bandri!" Experience.
Unlike "Song I am.", Which focused on the band Roselia and carefully captured the psychology of the members, this work is called "FILM LIVE", so the whole movie is a "live-action experience". It is a work called.

There are 7 bands. The performance in which each band with a strong personality ran through with all their might was just a masterpiece. You will be amazed at the authenticity of the performer's movements, such as choreography and facial expressions, as well as the realistic sensation of the sound that was created by interweaving the actual live sounds.
Personally, I was impressed by the violin performance by Rui Yashio (cv: Ayasa) of the band "Morfonica". I was impressed with the flowing movements and tones that I couldn't think of in anime, such as the facial expressions and standing figures of the hands playing the strings, and the gestures that wrinkle between the eyebrows.
The voice growth of the layer (cv: Raychell) of the band "RAISE A SUILEN" is also wonderful.

Is the seat on the right side recommended for guitar pushing? 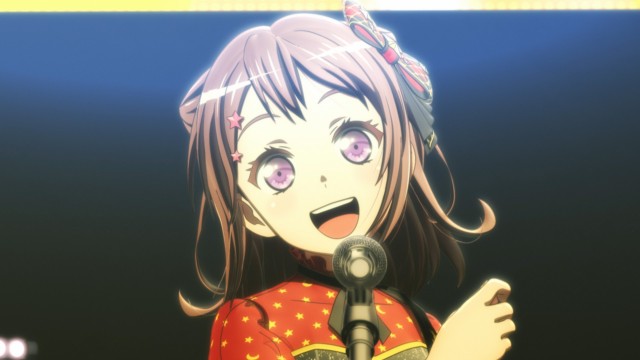 Supporting such a live experience is the sound technology that has evolved further than the previous work. "BanG Dream! FILM LIVE 2nd Stage" mixes the actual live sound and cheers, and remixes all the songs to 5.1ch (speaker configuration that combines 5 front, back, left and right, and one for deep bass). As a result, we have achieved a powerful and realistic sound that makes you feel as if you are really going to a live concert.

Kazushi Tsuda, a live sound producer who took the stage at the screening, said that part of the process was "corporate secret", but "For example, on the stage, the right hand is the guitar and the left hand is the keyboard, but the sound of the movie is also that. It is based on the position. If you are pushing the guitar, you can enjoy the sound more if you are on the right side of the seat. " I think that many people aim for the front row seats in an actual concert, but in a movie, if you choose a seat, you can experience the sound of the front row. "2nd Stage" is hot to choose a seat!

Works that become the "light" of band reamers 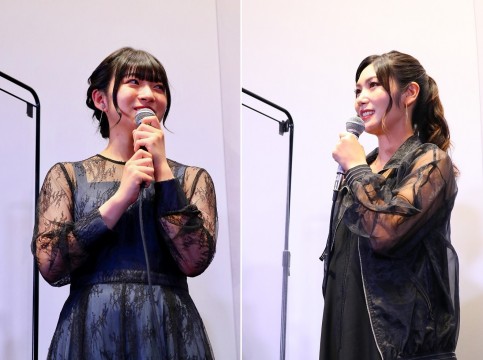 Aimi, who plays Kasumi Toyama, is in charge of MC in the greetings after the screening. The five people have already watched this work, but when Aimi asked, "How was it simple?", The members said, "It was amazing. It's like a real live performance."

Amane Shindo, who played the role of Mashiro Kurata of the band "Morfonica", which will be the first appearance of "FILM LIVE", said, "(Morfonica) hasn't moved since the MV, but the movements and choreography that I was doing live have been reproduced. I couldn't hide my excitement, saying, "I was really impressed." Raychell, who also played the layer role of the first band "RAISE A SUILEN", said, "I'm happy to join the bandli! I thought I was able to make a great work, like a live-action movie, " he said. 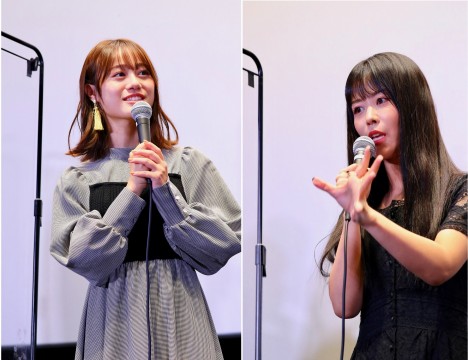 Miku Ito, who plays the role of Kokoro Tsurumaki, said, "I think there were many band reamers who were lonely because they couldn't go to the real live right now. "I would like you to visit us," he told band reamers nationwide, and Mr. Aiba, who played Yukina, said with a big smile, "I'm back, everyone!" And "Some people don't know BanG Dream!" I'd like you to bring me to the movie theater asking if you want to go live for a while (laughs). I'll definitely be happy when I see this movie. " 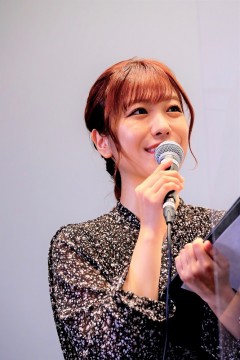 Finally, Aimi said, "If you watch" 2nd Stage ", you will love all the bands. I think it has become a FILM LIVE that will spread the band reamer even more. It's a work filled with a lot of love, so many people by all means I would like you to see it. "

This work will be open to the public from 8/20 (Friday).
In addition, the appearance band and songs (both new songs) of the Angkor part will be changed every week in this work. Don't miss this too! 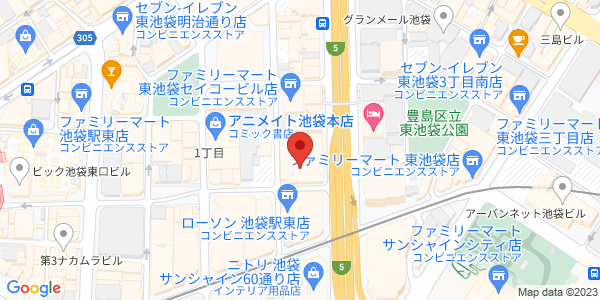