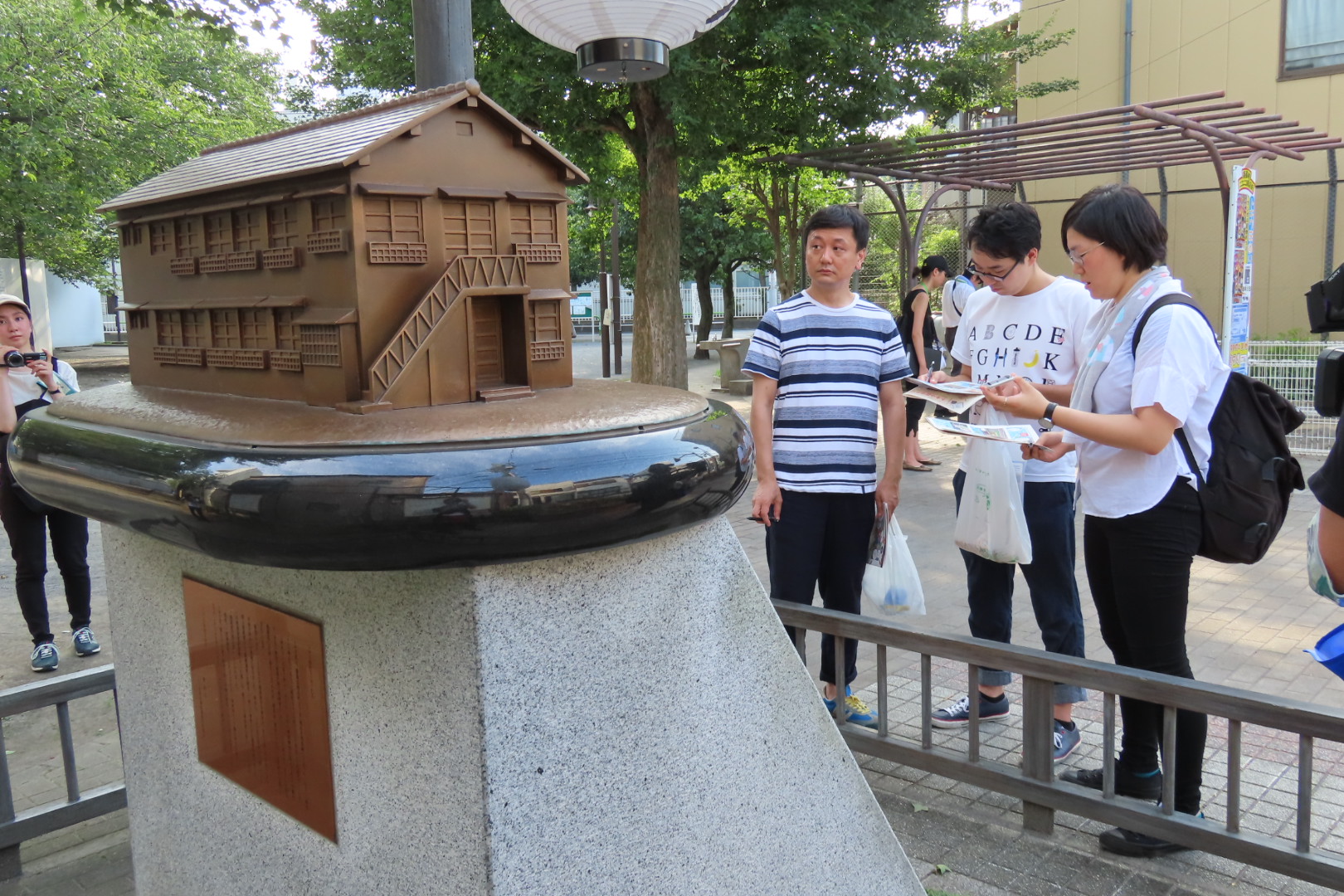 Osamu Tezuka, Hiroo Terada, Fujiko F. Fujio … Tokiwa-so is a legendary apartment that has produced many Showa manga artists. Tokiwa-so was demolished due to aging in 1982, but in March 2020, the “(Tentative name) Manga sacred place and Toshima Museum” was established as a facility to convey Tokiwa-so's manga culture. It is scheduled to open. Toshima Ward is promoting efforts in cooperation with the local community, such as the establishment of “Manga sacred place and monument” with the theme of the character of a manga artist related to the ward. This time, Minami Nagasaki area where Tokiwa-so was located. The "Mystery Walk Rally" will be held at. This time, from August 3 (Sat) to 9/29 (Sun), there will be a pre-experience tour of “Mystery Walk Rally Tokiwa-so's“ Follow the Disappearing Owl !! ”” I will tell you about it! 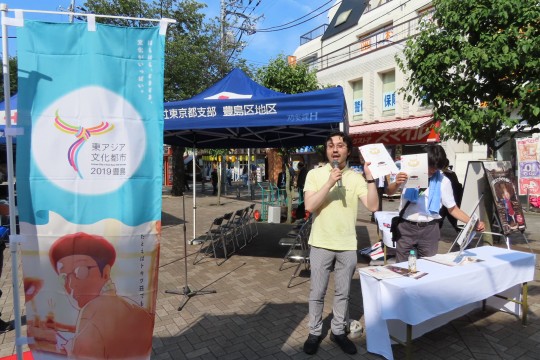 Mr. Yasuhiro Yamauchi, Director of Manga and Animation Division, explaining at the start of the pre-experience tour 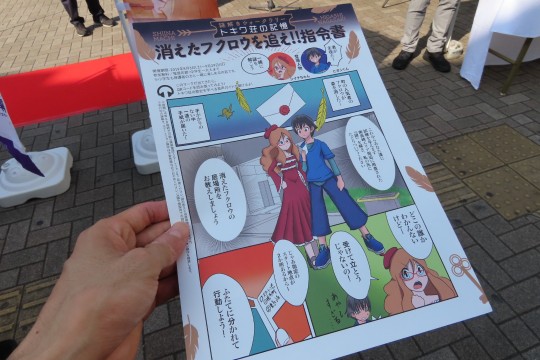 "Directive" written in manga is distributed at the start point

"Mystery walk rally Tokiwa-so's memory" Follow the disappeared owl! "" Is a "mystery" hidden in spots related to Tokiwa-so scattered around the city, while reading the instructions written in manga Solve the problem and aim for the goal. By strolling around the city while solving the mystery, you can get a deeper understanding of the “town where Tokiwa-so was”, and if you can solve the last mystery, get a special clear file! It is a participatory event that can be enjoyed by children and adults. The manga of the directive is from Kentaro Fukuda , who is the first graduate of the “Shiunso Utilization Project” to support the manga artist's egg and is active as a manga artist and illustrator. It seems that he is also in charge of the design of Toshima City Citizens' Social Welfare Council characters (Fukujii, Fukumin), which is characteristic of cute and friendly designs. By the way, “Shiunso” is an apartment in which Fujio Akatsuka rented a room as a production place and still exists. 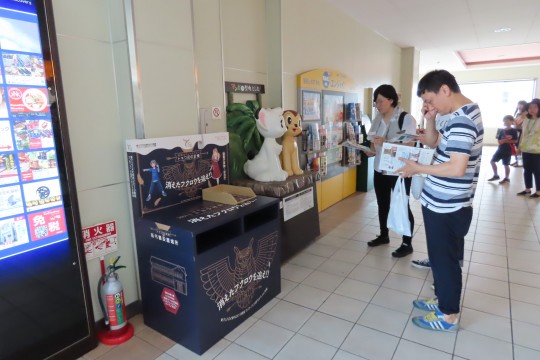 A monument in Higashi-Nagasaki Station, the starting point. The first mystery is … 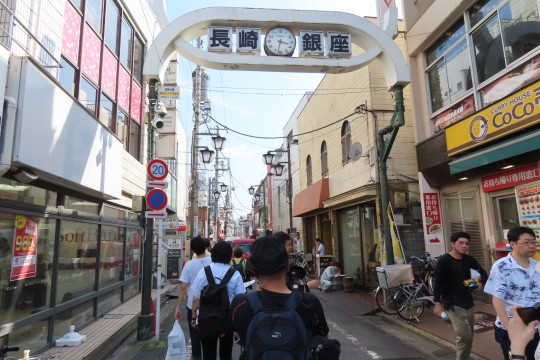 The cityscape of Minami Nagasaki, which retains its original features. More than a hundred stores were crowded 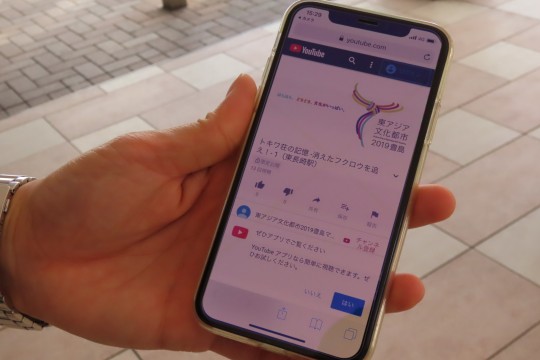 Audio guide to learn about the history of Tokiwa-so

The streets of Shiina-cho and Higashi-Nagasaki, where the Showa manga artists lived, retain their original features, and you can feel the atmosphere of those days just by taking a walk. In addition, with the installation of the “Manga sacred place and monument” promoted by Toshima Ward, monuments and texts that show the history of Tokiwa-so can be found throughout the city. Furthermore, you can listen to the voice guide by reading the QR code of the order form with a smartphone, etc., and it is a program that allows you to learn the history of Tokiwa Villa naturally by taking a walk while having fun. 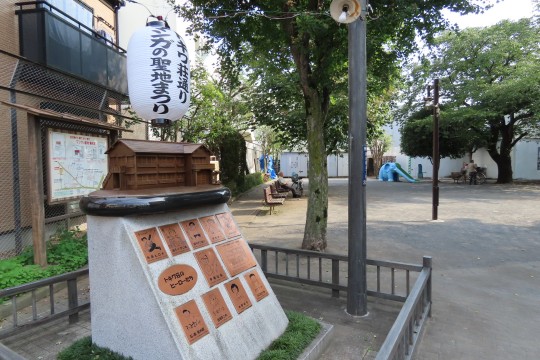 A monument “Heroes of Tokiwa-so” in Hanasaki Park, Minami Nagasaki. Born in 2009 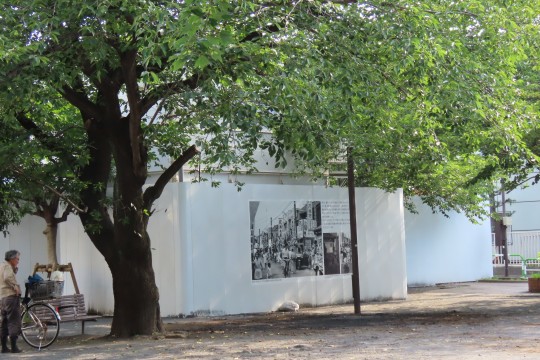 Minami-Nagasaki Hanasaki Park, where you have arrived around Shiina-cho and Minami-Nagasaki, is the planned opening place for the “(Tentative name) Manga sacred place Toshima Museum” . This mystery tour is also a part of this project to create a museum by restoring Tokiwa-so. “I want to convey the charm of Tokiwa-so not only to more people but also to young people living in this area. "It was planned from the thought of". It is exactly the center of this tour. “(Tentative name) Manga sacred place and Toshima Museum” faithfully reproduces the exterior of Tokiwa-so and the second floor where the manga artist lived, and stores valuable materials. What will be. The plan is currently being promoted by Ms. Satonaka Machiko, and special exhibitions and events are planned.

How difficult is it to solve mysteries? 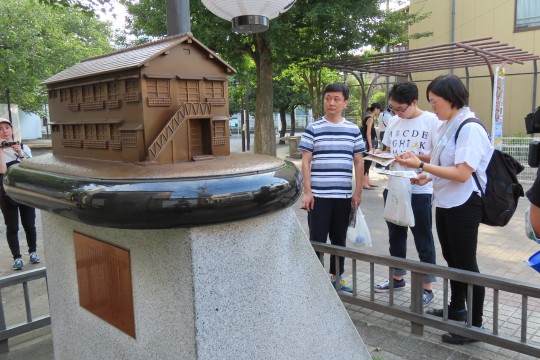 Participants challenge the puzzle in front of the monument 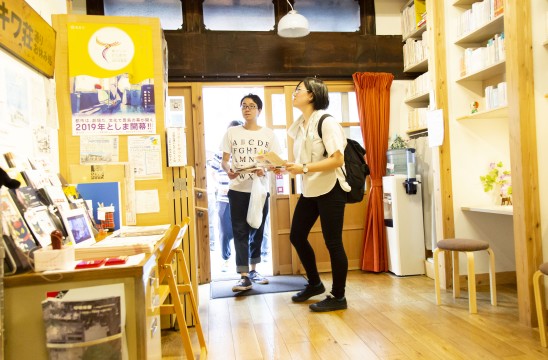 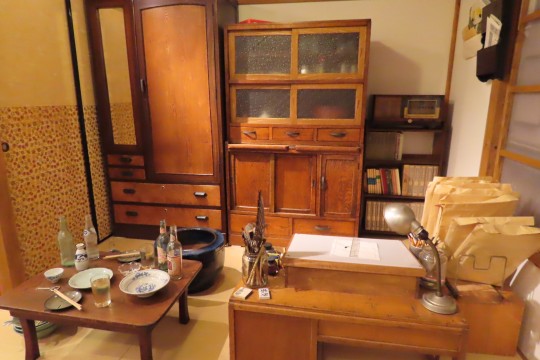 On the second floor of Tokiwa-so Dori Rest Area, the workplace at that time is also reproduced. Is the mystery hidden in the building itself? !

“There are many difficult puzzle programs, but this time we aimed for elementary school children who can enjoy with adults (recommended age is junior high school students-adults). However, I think that it is a program that you can enjoy carefully, ” said Director Yamauchi. The editorial department also challenged, but the honest impression is that “there is a lot of bone” regarding the difficulty. This time, Takayuki Tsujigata , a game designer who has planned and produced numerous games, puzzles, and werewolf events, was in charge of solving the mystery. Enthusiasm to make it an event that can be enjoyed as a puzzle is not just an extension of the mere stamp rally.

A trip to meet “Manga God” 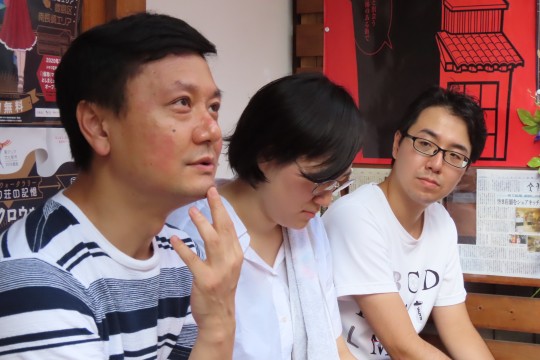 Finally, we asked participants about their impressions of this pre-experience tour. -How long did it take? It was about an hour and a half. I think that it was very good as time to experience the cityscape. There were various monuments at the end of the walk, and I realized the history of Tokiwa-so. I thought “walking” was a very important motif. -How was the difficulty level? It was easy to find the answer in the first half, but it seems to me that the difficulty level has increased since I came here (Tokiwaso Dori Rest Area) (laughs). It might be better for an adult to be together. However, because children are softer, it may be advantageous in terms of abundant ideas. Anyway, the process of solving is fun. 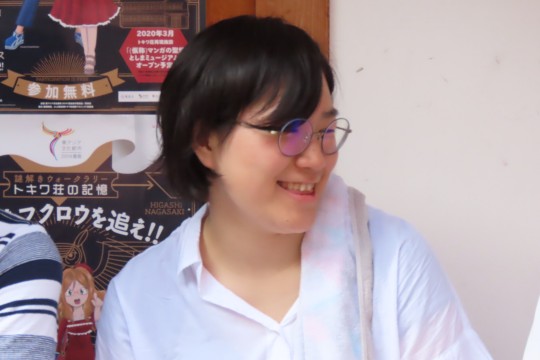 -How about this style of solving this while reading manga? It was easy to get on. There is also a map and a voice guide, so it was easy to see the next destination. You can enjoy this program alone, but I think it would be interesting to go to another spot in parallel. -Finally, what are the recommended points for this rally solving rally? Personally, I'm glad to be able to know the manga artists who lived at Tokiwa-so. I liked reading “Firebird”, but I was often told that it was drawn in such an atmosphere. It is also attractive to feel the atmosphere of Toshima Ward, which is different from Ikebukuro.

On the wall of “Tokiwa-so-dori Rest House”, gorgeous signature colored papers of manga artists line up

Tokiwa-so where young people around the age of 20 worked hard to improve each other. Manga artists born from Tokiwa-so have created new manga techniques that have laid the foundations for today's manga. The “creative power” of Tokiwa Manga's manga artists, not to lose to the near-future AI. Why don't you go on a trip around the “sacred place” where you grew up while enjoying the puzzles? 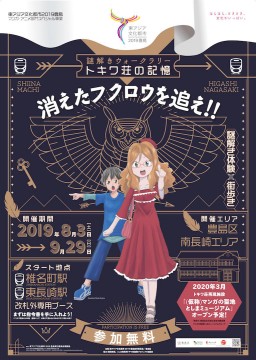