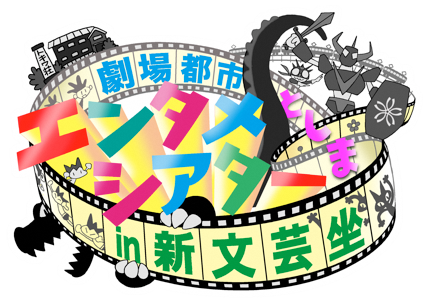 The theater "Shin-Bungeiza" (cinema), which has been loved for over 60 years in Higashiikebukuro, Toshima-ku, will be reopened on April 15, 2022 (Friday). With the reopening, anime and special effects related works will be held as an entertainment theater every Sunday and every other Thursday from April 17, 2022 (Sunday) to June 2, 2022 (Thursday) (* not held only on May 15). We will hold a screening of works featuring in Japan, a talk show featuring voice actors and talents, and anison live performances.

You can also enjoy it as a participatory entertainment theater where you can watch publicly recorded programs distributed on YouTube and Nico Nico Douga, and cosplay. In addition, we will also sell limited goods to liven up the world view of the work.

At the opening event on April 17th (Sun), a "public audition" will be held to recruit MCs (moderators) who will act as assistants for this event. (* The winning prize is 150,000 yen and the special prize is 50,000 yen) 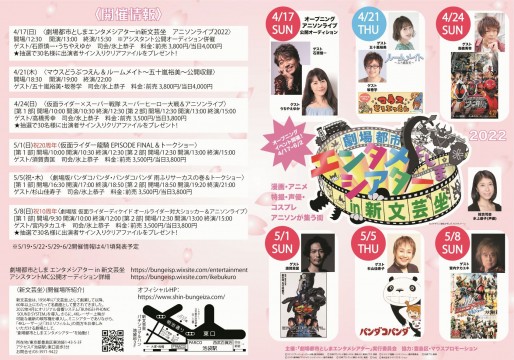 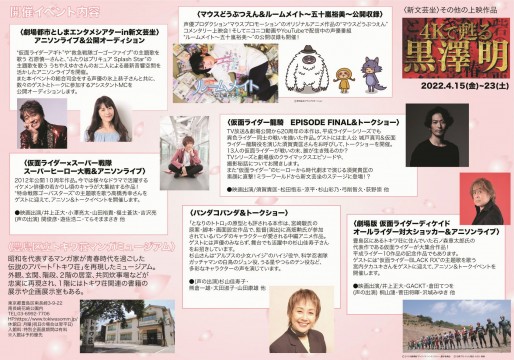 The back of the leaflet [Shin-Bungeiza]

<Renewal spec>
In the new building, the sound and projection equipment will be renewed. Introduced the original sound system "BUNGEI-PHONIC SOUND SYSTEM" to satisfy fans who love movie music. Introduced the latest projector capable of 4K laser screening of images. Despite being a mini theater, "4K laser" & "35mm film" can be screened. Furthermore, it will be equipped with distribution equipment such as YouTube and Nico Nico Douga, and sound and lighting equipment that can hold music mini concerts, etc., and will be active as a fulfilling entertainment theater.

■ Reopening: April 15, 2022 (Friday)
■ Shin-Bungeiza (1-43-5-3F, Higashiikebukuro, Toshima-ku, Tokyo Manager: Ami Komuro)
In 1956, "Bungeiza" was opened as a sister building of the movie theater "Hitoseiza" at the east exit of Ikebukuro Station in Tokyo. Initially, it was a Shochiku Western-style painting hall, but after the closing of the Hitoseiza, it turned to a masterpiece. It continued to operate while showing various special features, but closed in 1997 due to the aging of the building. On December 12, 2000, it reopened as "Shin-Bungeiza" in the Maruhan Ikebukuro Building that was rebuilt on the site. A masterpiece that has been loved by movie fans for more than 60 years as a unique masterpiece, such as two low-priced movies, talk shows by movie directors and actors, various programs, and all-night screenings. Maruhan Corporation has been operating since 2000. 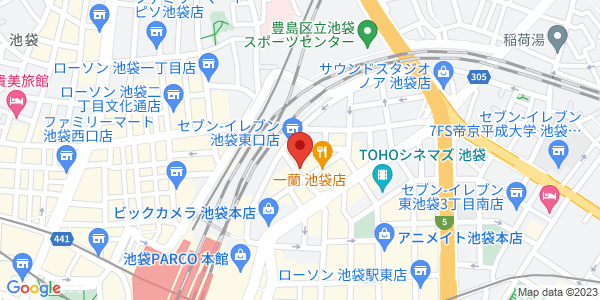