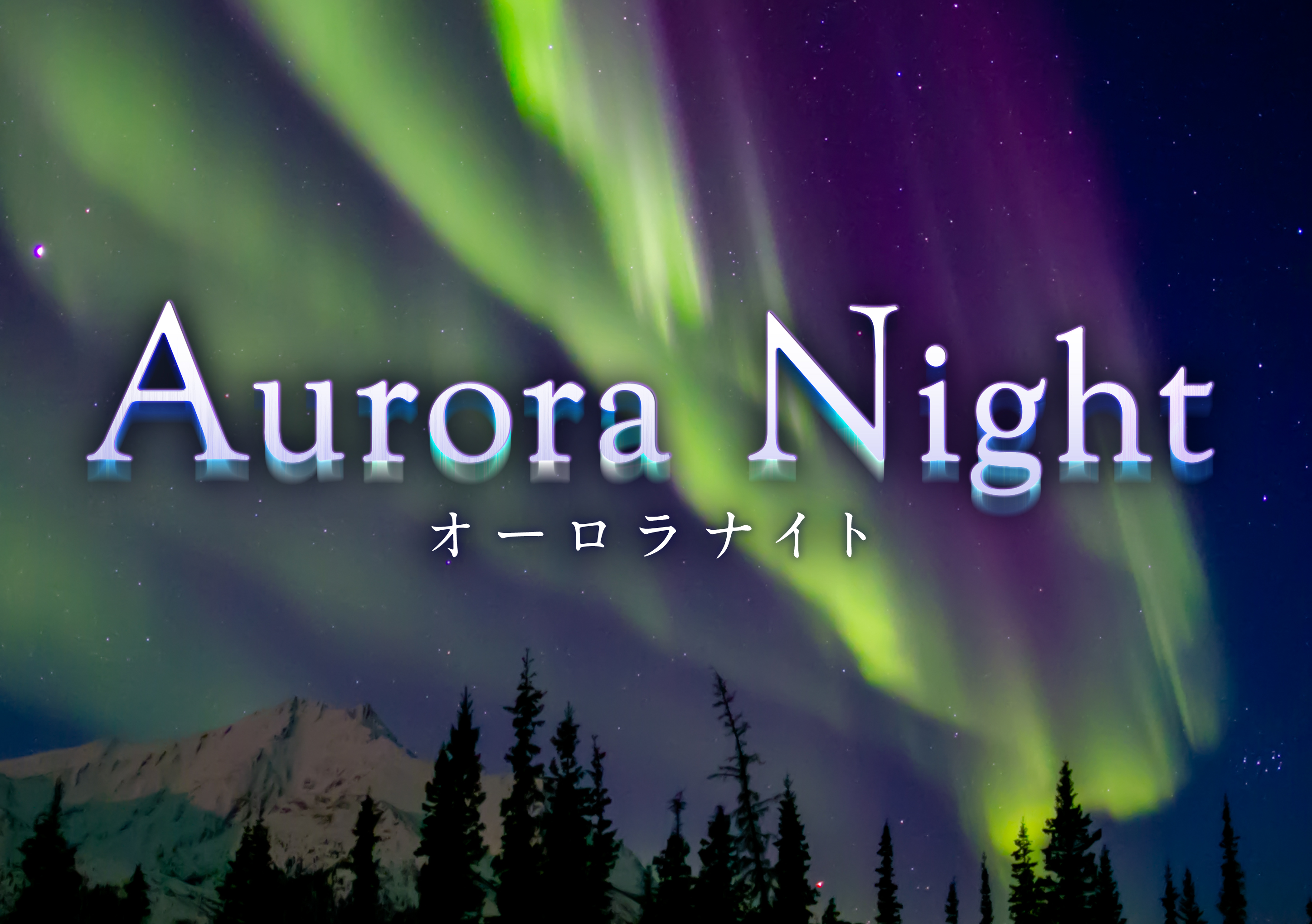 To the world with a planetarium. Two works that I want to deliver now.

Konica Minolta Planetarium "Manten" in Sunshine City will start on January 29, 2021 with a healing planetarium work "Aurora Night" with an original aroma, and produced by popular voice actor Yuki Kaji! Two popular films from the planetarium "Starry Globe: A Journey Through the World" will be screened.

Now that more and more people are enjoying the feeling of traveling on the planetarium, we will wholeheartedly deliver the starry sky of the world.

★ A quiet time to be healed by the aurora and the starry sky. "Aurora Night" 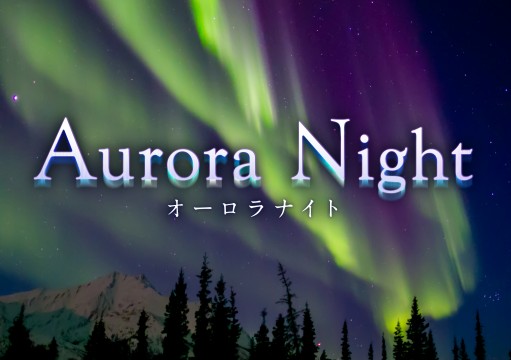 The popular healing work "Aurora Night" is back in "Manten"!
Aurora that fascinates many people all the time. It is said that once you see it, even your outlook on life will change. A healing planetarium work for adults, surrounded by a mysterious aurora, a beautiful starry sky, and the scent of aroma, where you can relax your body and soul.

As one of the self-care, the number of people spending time relaxing in the planetarium is increasing, and "Manten" presents the best healing time.

In this work, we will introduce plenty of facial expressions of aurora with various colors and shapes taken by photographer Tetsuya Nakagaki.
Yuichi Nakamura, a popular voice actor, is in charge of the narration. With a calm and deep voice, you will be taken to the world of aurora with a magnificent view. 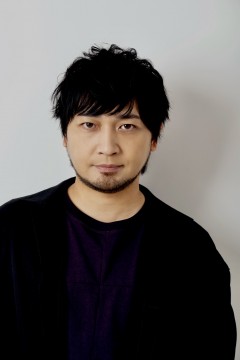 Voice actor / narrator (belonging to intention). Born in Kagawa prefecture in 1980.
Active in a wide range of fields such as animation, dubbing, and narration.
Masterpieces "Animation" "Jujutsu Kaisen" as Gojo Satoru, "Osomatsu-san" as Matsuno Karamatsu and others. In charge of dubbing the role of "Captain America" Steve Rogers / Captain America. 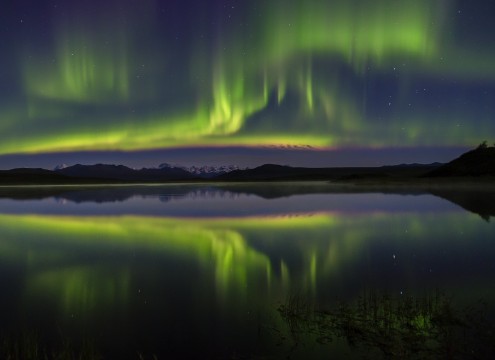 Immerse yourself in the familiar nature, starry sky, and various music since you were a boy, and cultivate your sensibility.

Guided by the bright red aurora (the strongest aurora of the magnetic storm) that I encountered in New Zealand in 2001, I have been to North America, NZ, and Scandinavia more than 90 times since 2002, feeling the breath and undulations of solar activity for about 20 years, miraculous Feel the earth. In 2007, he changed from a radiologist to a evangelist of "Kiseki no Hoshi". He is particular about his own expression, including video, projection technology, and music production, and delivers a unique view of the aurora nationwide.

★ Produced by Yuki Kaji! A traveling planetarium "Starry Globe: A journey of stars around the world" 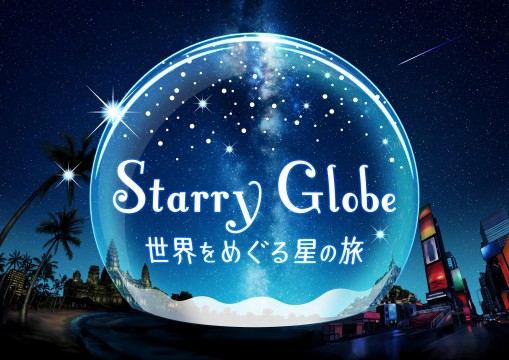 "Starry Globe: A Starry Journey Around the World" being screened at Konica Minolta Planetaria TOKYO in Yurakucho. Due to favorable reception, the screening at the planetarium "Manten" has been decided. This work is a TV program "Kaji 100! As a collaboration project with "100 things that Yuki Kaji wants to do", this work was born in a way that fulfills Kaji's dream of "creating a planetarium work".
Tour the starry sky of the world with Kaji, who has traveled to 20 countries around the world.

Of course, the narration is Yuki Kaji himself.

With episodes of Kaji-san's trip, you can feel the charm of the trip as well as the starry sky. It is a work that many people want to appreciate because it is not easy to travel now.

★ To a world trip unique to planetarium
Memories of the trip in France, Cambodia, America, Starry Grove

A snow globe unique to that area that is often seen as a souvenir in tourist destinations around the world.

Since the English name is snow globe, we will call it "Starry Globe" in this work and relive the memory of the star trip contained in the glass dome.

While feeling the feelings put into each trip by Mr. Yuki Kaji's narration, such as Mont Saint Michel in France, Angkor Wat in Cambodia, the sky river in Hawaii with a different expression from Japan, and the starry sky felt in the cityscape of New York. We will explore the attractions of various countries.

Why don't you go out from "Manten" to a world trip that makes you feel like you are lost in Starry Gloves with the production unique to the planetarium dome. 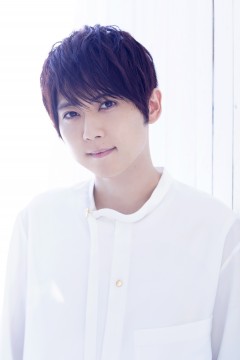 Debuted as a voice actor in 2004. The main appearances are the TV anime "Attack on Titan" (Eren Yeager), "The Seven Deadly Sins" (Meliodas), "My Hero Academia" (Shoto Todoroki), "Kimetsu no Sora" (Rust Rabbit) , "PSACHO-PASS3" as Shindo Ryo, "Ahiru no Sora" as Kuratani Sora, and many others. Received the New Actor Award at the 3rd 2008 Voice Actor Award, and won the award for the second consecutive year in 2012 and 2013. In May 2018, he published his book "Someday Everything Will Help You", and in 2019, a comicalized book of the same book will be released. In 2020, he developed his own original apparel brand "en.365 ° Ensanbyakurokujugod". Since May of the same year, he has expanded his field of activity by playing the main character, Kenichi Kaiki, in the serial TV drama "Pipuru-AI and Marriage Life Started" broadcast on WOWWOW. 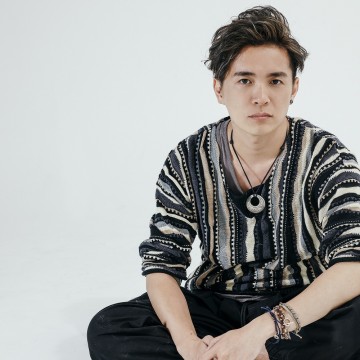 Former male rhythmic gymnast, devoted to the world of accompaniment music from music selection as a competitor. Although he had no musical experience, he started composing by himself while he was in college.
After graduating, he learned the basics of trackmaking from hideo kobayashi, started making accompaniment music for all competitive dances in earnest, took in various genres of music, and emphasized the sense of unity with the image from the feeling as a former dancer. Build your own musicality to put. Representative works include the drama "Your Turn to Kill", the anime "My Hero Academia" series, "Pokemon", and the movie version of the anime "ONE PIECE FILM GOLD". 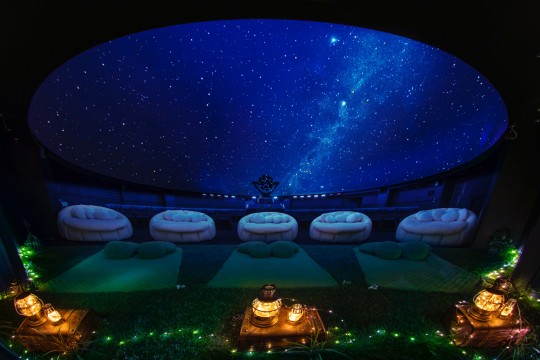 ■ Business hours
11:00 to 20:00
* Screening time may change depending on the season.
(Healing planetarium is not admitted to preschool children)
* Other closed days, additional screenings, fees, access, etc.
Please check the website below.