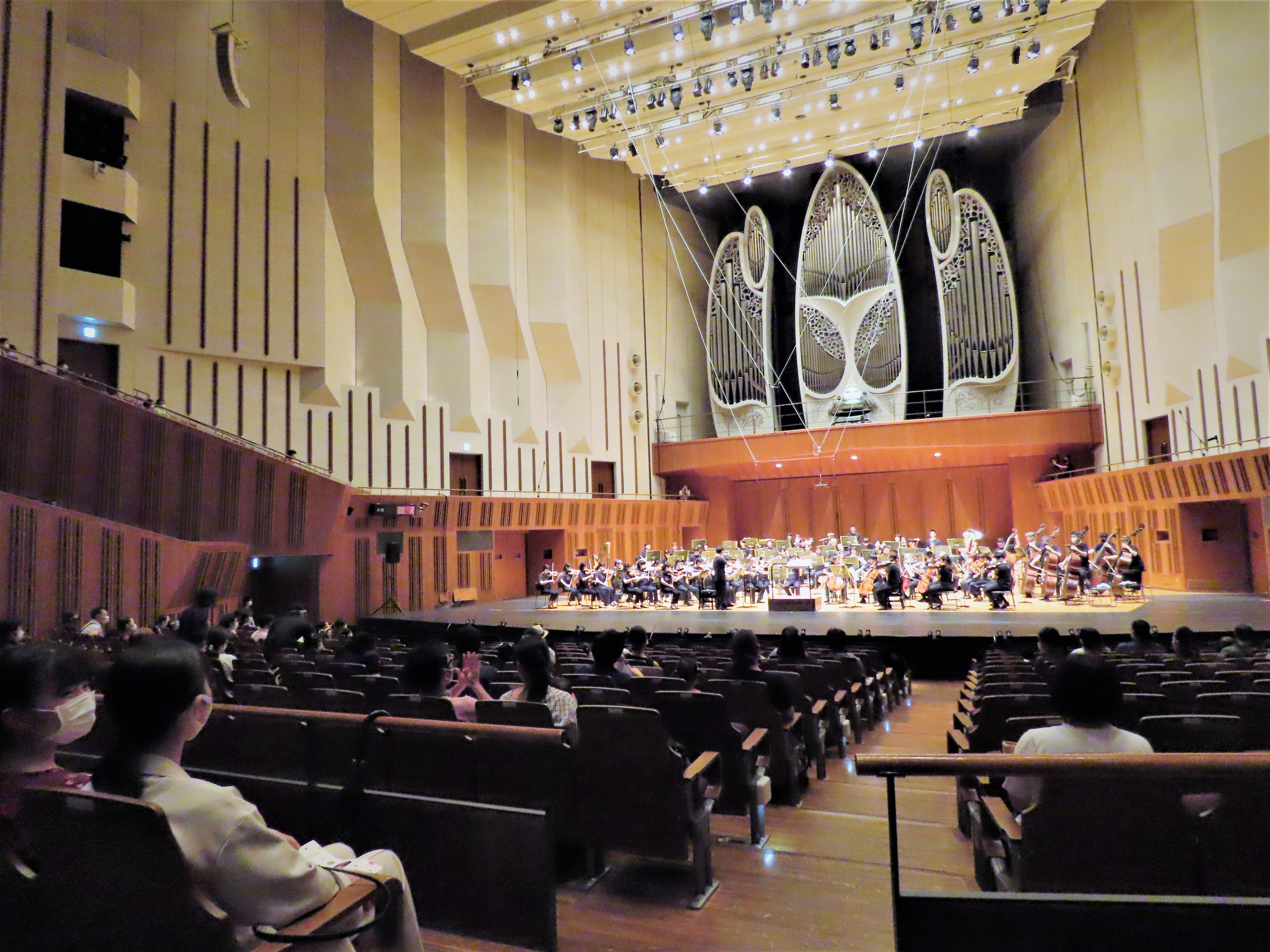 The "Salad Music Festival" was born in 2018 as a music festival where anyone can experience and express the joy of music.
In 2021, the fourth time, various programs such as main concerts and workshops were held at the Tokyo Metropolitan Theater from Thursday, August 12th to Friday, August 13th.
The editorial department of Kokoshiru has posted information on the Salad Music Festival every year, but this year we will appreciate a part of the main program and report on the pattern. 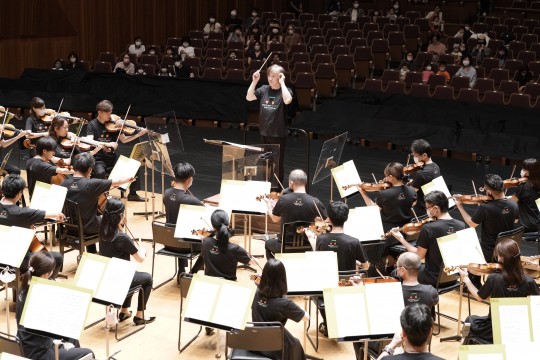 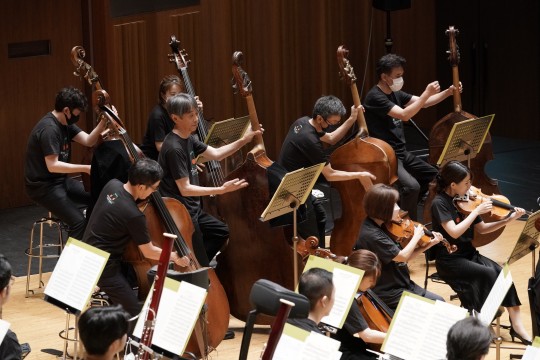 The beautiful orchestral tone of the Tokyo Metropolitan Symphony echoes 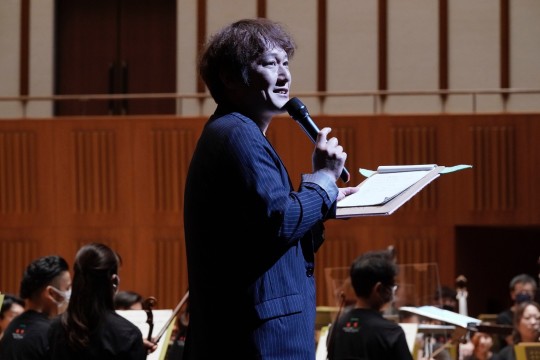 There are two programs in which the editorial department participated this time. One of them is the "OK! Orchestra" held on the 12th (Thursday). As the title "Baby OK!", This is a program that is very popular every year because it can be viewed from the age of 0.

The moderator is Kensaku Kobayashi, an actor and director. Akashi Takenori of "Sanada Maru" is new to his memory, but in addition to acting, he has made his talent bloom in multiplayer such as Condors's Tale script and movie director. I think that many people feel the height of the threshold when it comes to classical music, but I think Mr. Kobayashi's light talks and conversations caught the hearts of the family. It was impressive that the waves of gentle laughter occasionally spread in the vast space of the concert hall. 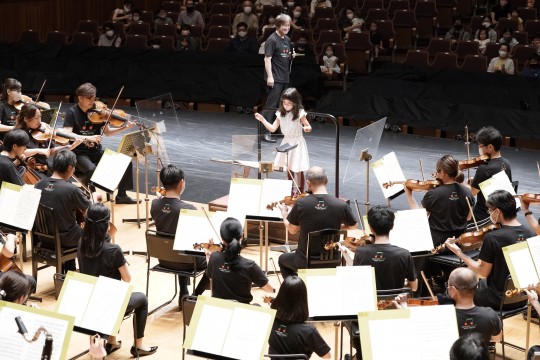 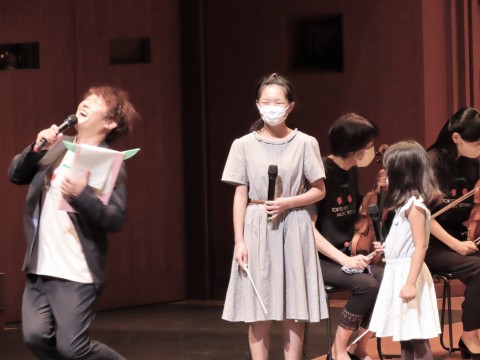 A girl who shakes her head when asked "Do you want to conduct again?" Mr. Kobayashi who collapses unintentionally

The Condors led by Ryohei Kondo has appeared, and the voltage at the venue is at its peak

One of the attractions of "OK! Orchestra" is collaboration that transcends genres, which does not fit into the framework of classical music.

The program, which started with the theme song of the blockbuster game "Dragon Quest", welcomed the Condors led by Mr. Ryohei Kondo on the way, and showed the climax in the overture of Offenbach's opera "Heaven and Hell". The familiar Mickey Mouse March also appears in a series of songs entitled Fantastic Medley. It was impressive that the baby stepped out of the seat and participated in the clapping.

In addition, at the "Conducting Experience Corner", girls aged 6 and 10 challenge to conduct with the prelude to Bizet's opera "Carmen". Although he said he was "tensed" after the performance, he was admired by the dignified conductor. 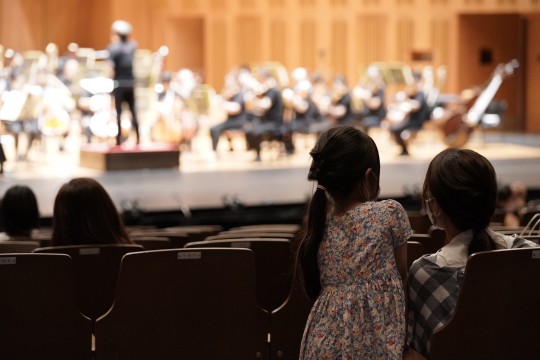 State of the audience seats 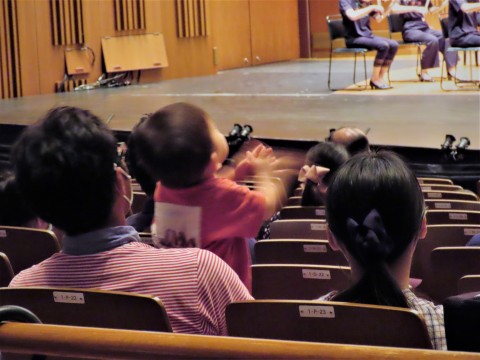 Some babies participate in clapping

The reaction of the audience seats is diverse. Babies and small children do not sit still as they do in ordinary classical concerts. A child who is concentrating, a child who stands up and walks between the audience seats, a child who naturally begins to take a rhythm. In fact, looking at the seats from behind may have been the most interesting experience.

There were no children who started crying unexpectedly, and although everyone had different reactions, it was impressive that they felt "something" from the performance in front of them and expressed it in their own way. I'm sure this is also one of the real thrills of "OK! Orchestra". 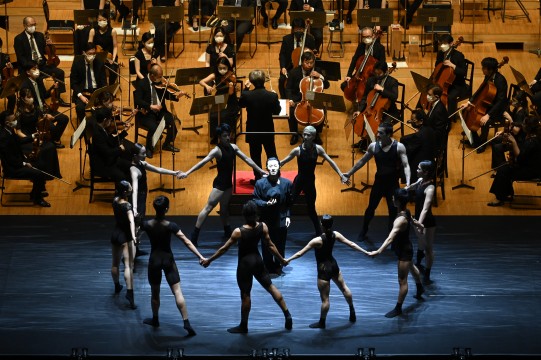 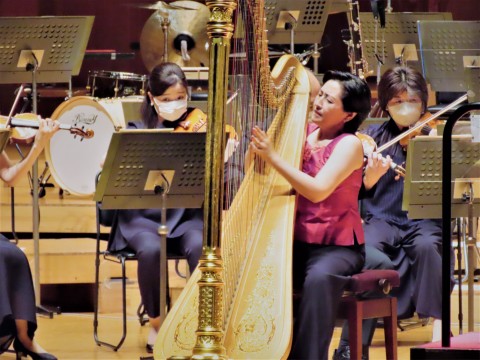 The second piece is Castelnuovo-Tedesco's "Small Concerto for Harp and Chamber Orchestra op.93" with Naoko Yoshino as a soloist. 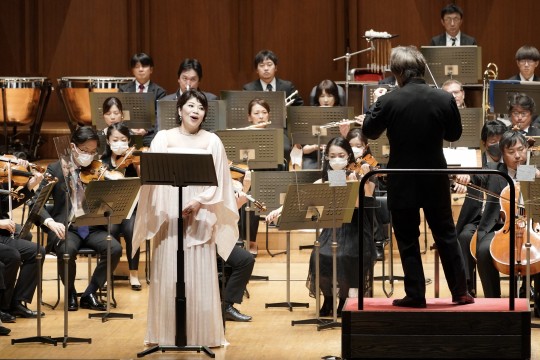 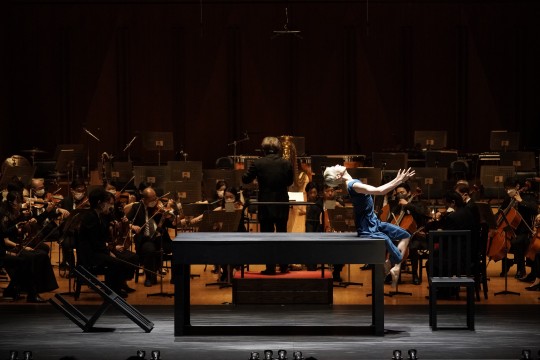 Sawako Iseki of Noism, who fascinates the audience with her body expression pursued to the limit

At the "Music Festival Main Concert" , which will be the finale of the main program, Japan's leading dance company Noism Company Niigata, led by director Jo Kanamori, who fascinated the audience with his overwhelming performance last year, performed. Re-appearance. In addition, a special program was performed with the participation of harpist Naoko Yoshino and soprano Atsuko Kobayashi, a group of gorgeous soloists who are active on the front lines, and co-starred with Tokyo Metropolitan Symphony Orchestra led by Kazushi Ono.

In John Adams' The Chairman Dances, in which Noism dancers participated, I think that the lean and stoic body expression of 1 mm gave the work itself an unpredictable sense of dynamism and color. .. Among them, the expressive power of Butoh dancer Sawako Iseki, who is the deputy artistic director of Noism, is overwhelming, and she performed acrobatic choreography using tables and chairs in Mahler's "Symphony No. 5 in C sharp minor to 4th movement Adder Jet". However, he expressed delicate feelings and sorrows.

Naoko Yoshino, a harp player, expresses the overlapping of cello viola and beautiful sounds in the world with her perfect technique and elegant playing style, and Atsuko Kobayashi of soprano sings Poulenc "Gloria" with a tense and beautiful voice. It's a festival of luxurious sounds. 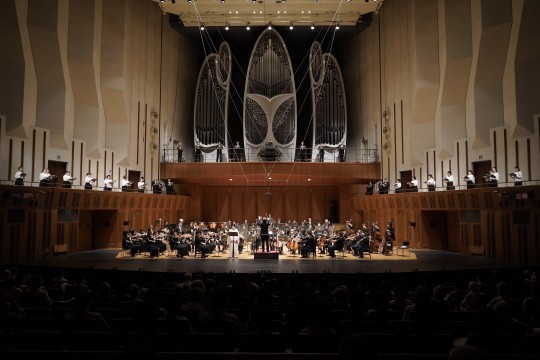 In Poulenc's "Gloria", the New National Theatre Chorus also participates, and the majestic prayer singing echoes in the hall. 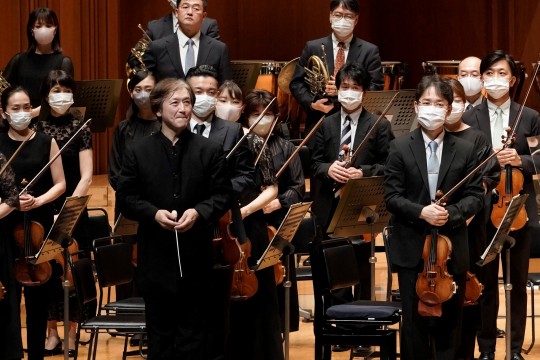 Mr. Ohno and the musicians responding to the big applause with a curtain call

"Gloria", which marks the end of the program, is a religious song by Francis Poulenc composed in 1959. In the sixth song, "The one sitting to the right of my father," the song changed from a lively song to a majestic prayer song, and after the chorus of "Amen," the soprano chanted "Amen," quietly. It's over.

I wouldn't be the only one who seemed like a prayer to those who are at the mercy of this world right now.

This time, the editorial department participated only in the main program on the 12th and 13th, but there are also the Japanese premiere of the children's opera "Gold!" A variety of programs were developed, such as hands-on workshops by the National Theater Chorus. 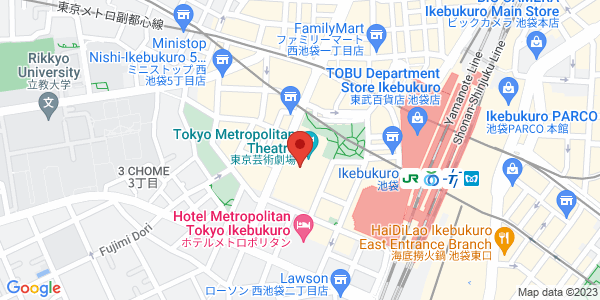 <Related article>
Admission is OK from the baby! A music festival that everyone can enjoy "Salad Music Festival" will be held from August 12th (Thursday) to 13th (Friday) at the Tokyo Metropolitan Theater!